Leaning Into Our Differences: A Discussion With Ascend Canada President Alexander Peh

Alexander Peh was born and raised in Malaysia, studied in Australia, worked in East Africa, Asia, Europe, the U.S. and now Canada. An immigrant many times over, he shares his thoughts on being an outsider, being different and the unique perspective his experiences bring.

“Being different isn’t about being better or worse. It’s just different,” says Alex Peh in a recent conversation. The newly appointed President of Ascend Canada and Vice President of Merchant Solutions at RBC, Peh is proud of the somewhat transient life he has lived. Having experienced the cultures of several countries across multiple continents, he has spent quite some time on the notion of being different.

With his Australian accent and Western appearance, Peh sometimes has to remind people that he’s a visible minority. But his Chinese heritage and Malaysian background are core to his identity and his family’s identity. And growing up, he had to endure discrimination and name-calling. “When my family moved from the big, metropolitan city of Kuala Lumpur to a small town in Southern Australia, there were two Asian families – mine and the family that owned the Chinese restaurant. I could share horror stories about growing up and being called every name under the sun.”

While his experiences as a multi-cultural Pan-Asian haven’t always been positive, he feels his immigrant behaviour has been beneficial to the roles he’s held at large organizations, including RBC. What’s more, it affords him the ability to share experiences with other Pan-Asians – and his position at Ascend Canada enables him to do just that.

The value of a global perspective

“Having lived and worked in so many territories, I have gained very different perspectives,” he says. “I can tell you what it’s like being a banking customer in Australia; I can tell you what it’s like immigrating to the UK and trying to open a bank account; I have experienced immigrating to Canada and know what it feels like to be an outsider looking in.” He also feels he has a different perspective on organizations’ abilities to make a difference. “I think what is sometimes lacking in the corporate Canada ecosystem is a lack of international experience,” he says. “I encourage all people to embrace the opportunity to live and travel abroad. I think it just provides a very unique perspective, for better or worse.”

He feels even traveling to other cultures and getting out of one’s comfort zone provides a valuable experience. “Whether it’s two weeks, two months or multiple years, you gain a different perspective on what other people experience in the world.”

Bringing that perspective to RBC

Peh joined RBC five years ago, excited for the opportunity to work for a Canadian organization focused on the Canadian market. “I spent a lot of my career working in satellite offices for technology companies – and working in the region versus working in the primary market are two very different experiences,” he explains. “So when the opportunity came up to work at RBC, my family and I made the decision to call Canada home.”

He brings his lived, global experiences to his role. “At RBC, we spend a lot of time looking at what the European and Nordic banks are doing. We look to the Australian and New Zealand banks, which are renowned for being digitally focused. Those are two markets where I have extensive experience – not only in financial services and technology but also in life. So as an outsider looking in, I can draw on my experiences, which has been very beneficial over the course of my career.”

Peh is the first to admit that RBC was a different organization for him – a 155-year-old Canadian bank was a “bit of a surprise,” he says, sharing that he wasn’t sure it was going to be the right cultural fit. His tenure of over five years – coming up to the longest he’s stayed at an organization of any size – is also unexpected for him.

But Peh isn’t the only agent of change and transformation that RBC has brought on in recent years, and he feels comfortable among a number of senior leaders who do not fit the traditional executive background. In fact, he feels he and his colleagues who didn’t grow up inside the bank complement the senior leaders who have spent their full careers with the organization. “There is a really healthy mix of institutional knowledge and experience with people who think differently and aren’t traditional bankers,” he says. “When those two things are combined, magic happens.” 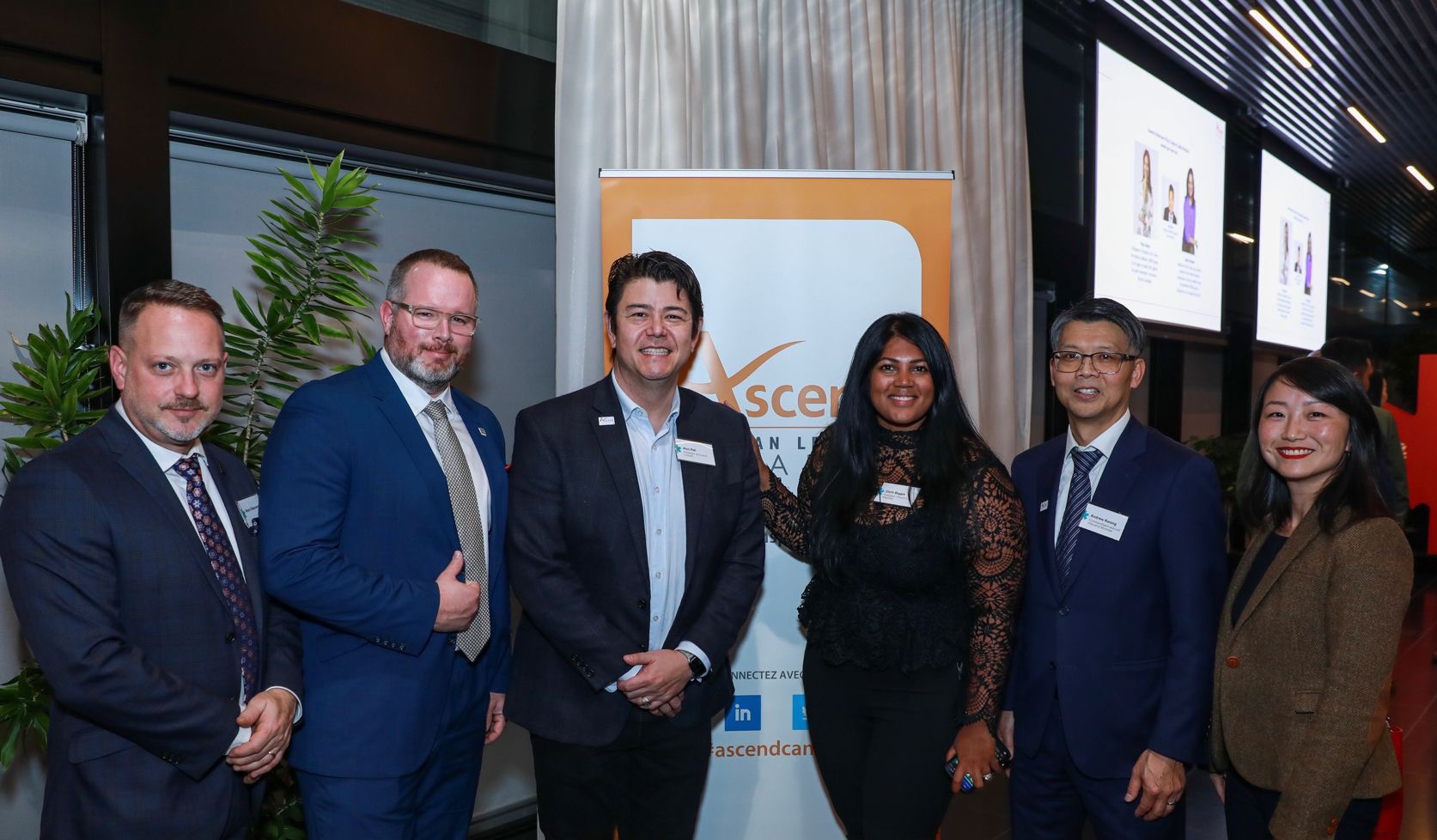 Giving back through Ascend Canada

Ascend Canada was founded in 2012 to enhance the presence, visibility and influence of current and future Pan-Asian business leaders. Today, with the support of more than 7,000 members and numerous corporate partners, they aim to develop the full potential of their members by leveraging their networks and providing programs and events that both inspire and educate.

Peh was introduced to Ascend just over three years ago by a former RBC colleague. He describes the impact of his first experience with the organization. “I walked into one of the downtown Toronto hotels for an event, and probably for the first time in my life, I felt I wasn’t the odd one out. There was a sea of colours and ethnicities, and it felt very comfortable.” He didn’t know a lot about Ascend at that time, but he was immediately blown away by their core focus on diversity, equity and inclusion. He admired the way they worked with other organizations, too – whether they be Employee Resource Groups at organizations such as RBC, black professional groups, Catalyst Canada and more. “It was super exciting to me to see a bunch of role models who looked like my dad, my uncle, my sisters and my cousins. I hadn’t seen that before.”

He quickly wanted to learn more and get more involved. Fortunately for Peh, a senior leader at RBC was moving to another organization and Ascend was looking for new RBC executive representation. He looks at his recent appointment as President as an opportunity to give back to a community that has given him so much.

In looking ahead at Ascend, he considers how he’ll guide the organization. “When Ascend started ten years ago, it was focused on empowering and enabling Pan-Asians to secure finance roles on Bay Street. I think Bay Street is still incredibly important to us, but a lot of our members reach out and ask about entrepreneurship, technology, marketing and natural resources. That shows me our members want to adapt, evolve and change.” He goes on to explain that from a senior leadership perspective across corporate Canada, the Pan-Asian community is still vastly underrepresented. “RBC, for one, has put its hand up and said, ‘we need to do a better job.’ And we’re making progress. I feel I can tell our members that there is a future that looks like them, talks like them and will accept them.”

Peh is committed to opening doors to opportunities for Ascend members while encouraging them to embrace their differences. “I have always viewed my multiculturalism as an asset. I spend a lot of time talking with Ascend Canada members about leaning into our differences, and I’m excited to empower them to unlock their full potential.”

To learn more about Ascend, get involved and become a member of one North America’s leading professional organizations visit http://www.ascendleadership.ca/