The RBC Indigenous Peoples Development Program (IPDP) is a two-year work-integrated learning experience for recent Indigenous university and college graduates. This rotational program is a unique opportunity to gain early-in-career experience and build key skills needed for the new world of work.

Through the Indigenous Peoples Development Program (IPDP), RBC hires talented, early-in-career Indigenous individuals and provides opportunities for them to develop critical and specialized business- and function-related skills. Since launching in 2018 with four Associates, the program has grown to 28 active Associates across a range of platforms at the organization – year to date, 58 graduates have been hired through the program. The Associates complete four rotations over a two-year period, which provide the opportunity to gain exposure to different aspects of the business. Three assignments are within a chosen business area, while one rotation involves working with an Indigenous community organization, allowing the Associate to give back while applying their skills and growing their network. After completing the program, Associates can apply to any full-time position within RBC.

While the IPDP offers Indigenous young people with unique opportunities and experiences, the program also enables RBC to build a pipeline of diverse talent.

Four Associates who recently completed and graduated from the program share their perspectives on the Indigenous Peoples Development Program and the experiences that have helped launch their careers at RBC. 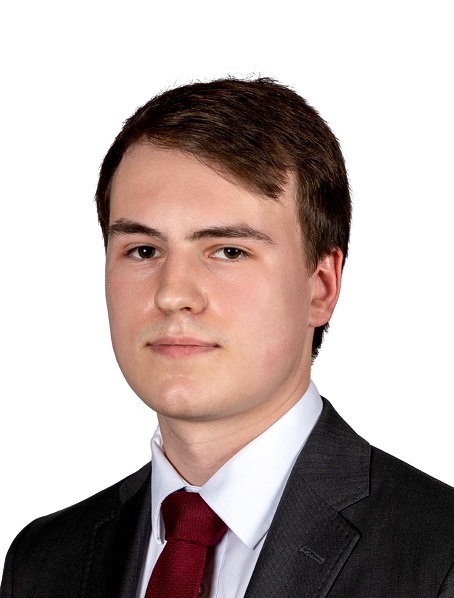 Ryland Conrad is a former recipient of the RBC Indigenous Student Awards, which enabled him to attend St. Mary’s University where he pursued a Bachelor of Commerce. Later an intern at RBC, Ryland met a number of people within the IPDP over the summer, which compelled him to apply for the program.

Ryland completed one rotation within RBC Wealth Management Finance, two rotations with the Home Equity Finance team and four months with the organization Right to Play.

When he first joined the Wealth Management Finance team, Ryland had the opportunity to step into a manager position when a previous team member left. “It was a huge learning opportunity for me,” he says. “Throughout the program, I’ve noticed that when Associates join these teams, they are given some really good opportunities to take on responsibility.”

He was also grateful for the opportunity he had to join the Right to Play team for his Community Work rotation. “One of the reasons I loved that rotation so much was that it’s very unique to the program. You don’t usually have a non-profit or charity placement with other rotational programs – and unless you go and work in the non-profit sector, you never get to experience how an organization like that operates on the inside.”

His back-to-back rotations with the Home Equity Finance team came at a time when there was a great deal happening in the housing market. “It was quite interesting over the last two years and a huge area of focus for the bank, so I was involved in some great projects there,” he says.

Today, Ryland is part of the RBC Capital Markets Equity Research team – an area that always interested him and that he actively sought out towards the end of his tenure with the IPDP.

He feels the flexibility the IPDP offered him – to network while in the program, indicate areas of interest and often influence the next rotation – was a tremendous benefit for him at this stage in this career. “As you work with multiple teams, you gain exposure to different styles and projects, giving you a really good sense for what kind of work you enjoy most,” he says. 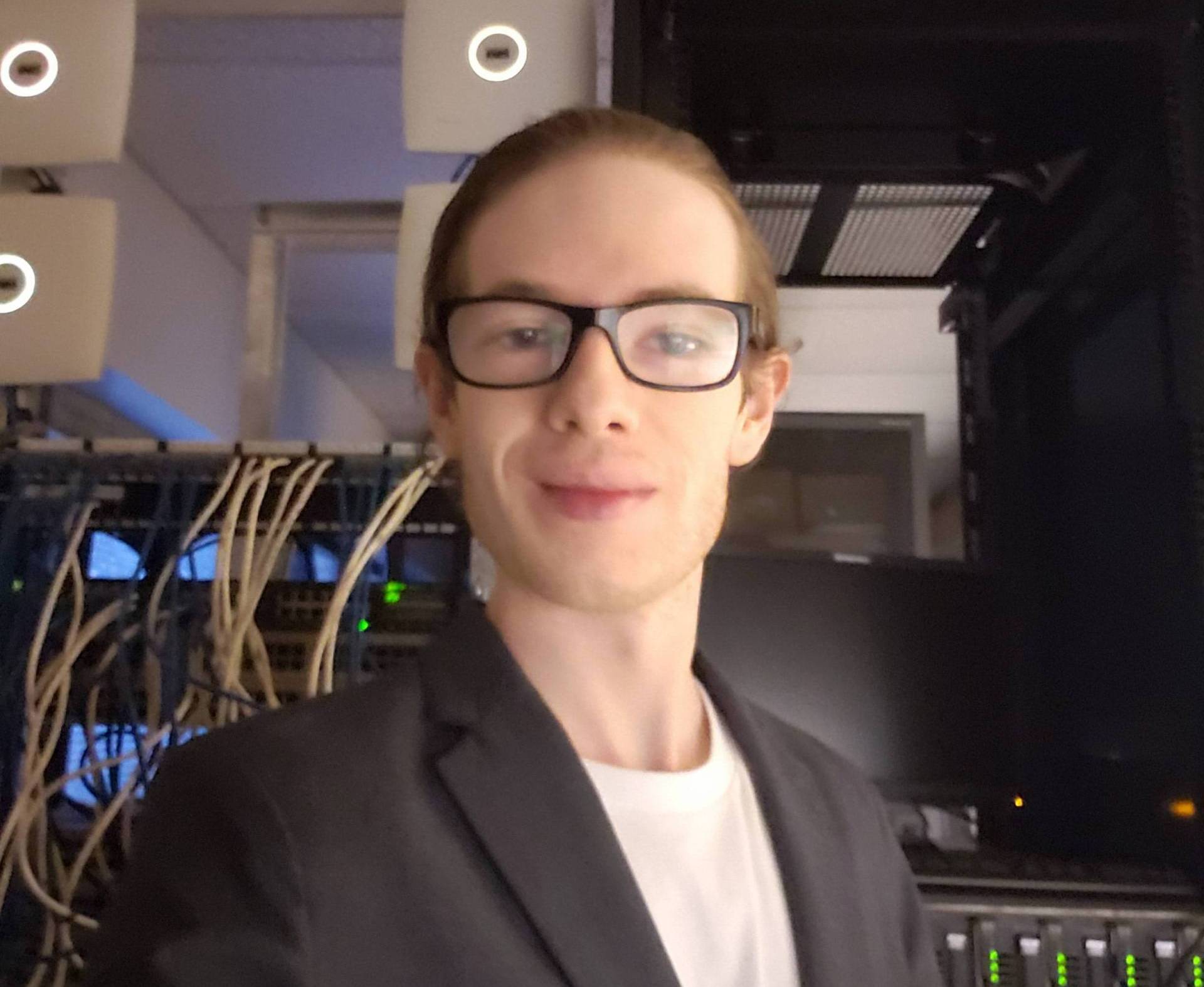 Matthew Roberts came to join the IPDP after one of the program’s recruiters reached out to him to see if he was interested. A graduate of the University of Technology with a master’s degree in Cybersecurity, Matthew was drawn to the different rotations offered by the program and the opportunity to move around the organization. “As someone coming out of school without much industry experience, or not knowing where I might want to end up, the IPDP gave me the chance to test the waters and try different things.”

When Matthew started with the program, he worked with a team focused on Identity & Access Management. For his Community rotation, he worked with an Indigenous charity where he was responsible for dealing with and fixing IT issues. He did such great work that they offered him a secondary part-time job. “RBC facilitated that so I could still work with them, as well as RBC, he says.” After his third rotation with an offensive cyber security team, he joined the Awareness and Education team, which deals with phishing emails, simulations, reporting metrics and updating courses and campaigns up to date.

For Matthew, one of the most valuable things he learned during the IPDP was how an organization as big as RBC operates. “Working with many different teams, you gain a really good overview of how systems get implemented and how teams work and function,” he says. The next most valuable benefit is the ability to network with a number of other people who also join as Associates. “Inherently, you have about 15 people you can network with, which helps you meet other people.” 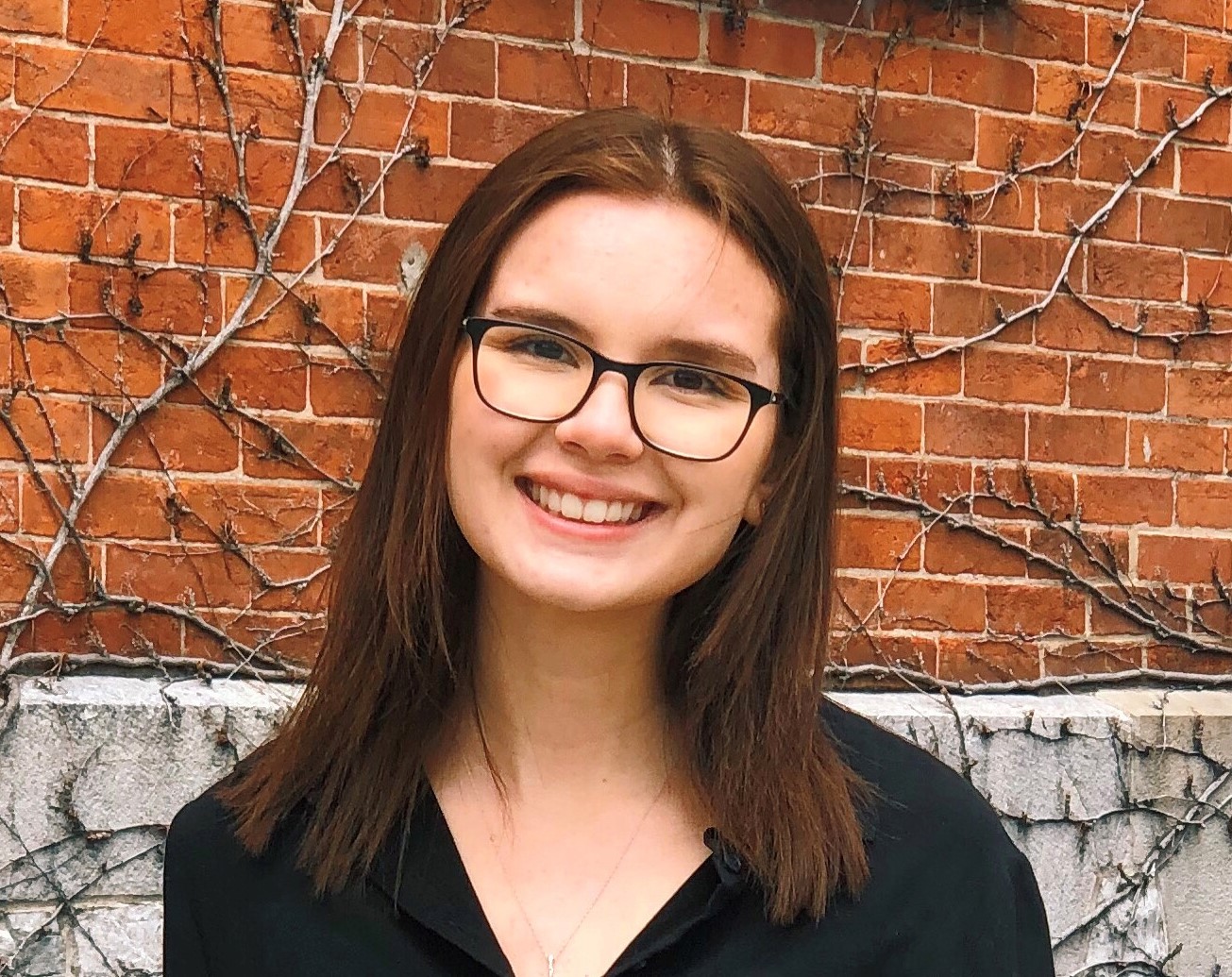 Kayla joined the IPDP in 2020 after learning about it through Indigenous Student Support offered at Queen’s University, where she was pursuing her Bachelor of Commerce. As she was unsure what she wanted to do after graduating university, the idea of four distinct rotations was appealing, as it offered her the opportunity to figure out what she was most interested in.

Kayla was placed in a branch for her first couple months in the program, where she shadowed different roles before joining the Indigenous Financial Services team, a role that gave her the opportunity to learn about all of the offerings RBC has for Indigenous people. For her Community rotation, she worked with Teach for Canada on their teacher recruitment team. “I think the highlight of that experience was that one of their partner communities is the First Nation community I’m a member of,” says Kayla. “So I really liked being connected to the community in that way.”

After a rotation in Project Delivery & Management, where Kayla gained a lot of transferrable skills, she joined the Global Diversity and Inclusion team, where she secured a full-time position. “Right now, my position is Manager Indigenous talent, which is a new role on the team,” Kayla explains, happy to be working within the HR specialty where she is leading Indigenous strategic initiatives in support of RBC’s broader D&I goal. 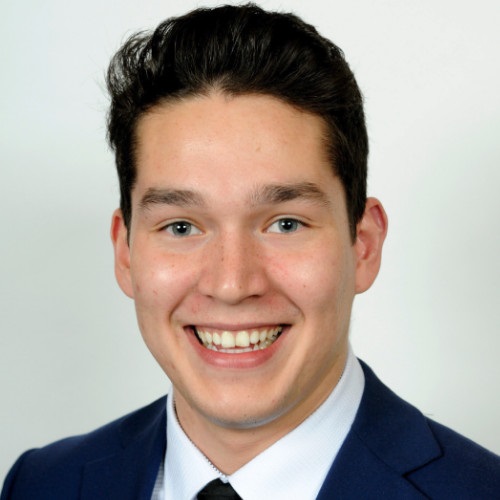 Liam Morris was a summer student with RBC and came to learn about the program when he was invited to the orientation day for the IPDP. Deciding it was something he wanted to pursue, he applied for the IPDP in the fall of his fourth year of university.

Liam spent his first rotation with the internal audit finance team before joining TakingITGlobal for this Community Work rotation, which is one of the world’s leading networks of young people who work toward tackling global challenges. There, he was on the Rising Youth team, which identified and provided funding for youth who wanted to make a difference in their community. After a rotation in Internal Audit, Liam was matched with the SOX Centre of Excellence team for his final rotation, which was a great match for his interests and skill sets. He ended up being promoted to manager at the end of the program and staying on with the team.

He credits Gurjeet Srinivas, Senior Manager, Diversity Development Programs who heads up the IPDP at RBC, for recognizing his talents and ambitions and matching him accordingly. “She knew what I liked best from my previous rotations and matched me up really, really well,” he says. Liam is excited about the future as he feels his team is growing at a fast enough pace that there will be room for continued professional growth over the foreseeable future. “This means I can continue this career path without having to move to another team.”

For the graduating Associates, the Indigenous Peoples Development Program was a foundational stepping-stone for their careers, offering extensive benefits and opportunities, including the chance to voice their ambitions and be rewarded with roles and promotions that match their skills and goals. “I would recommend the program to any new graduate,” says Matthew. “It’s a two-year program, so it’s a big commitment, but if you’re willing to see it through, it’s a great opportunity to network with people, get excellent experience and forge a pathway to where you want to go with your career.”

As the program manager, Gurjeet Srinivas takes immense pleasure in seeing the growth of these young professionals when they complete the program. “They demonstrate growth and confidence throughout their two-year experience, and they build a solid foundation for their future career with RBC,” she says. “Throughout the program they are challenged through stretch assignments, encouraged to think outside the box and to speak up. We hire Associates in cohorts which enables them to create a sense of community amongst their peers.”

She adds that all Associates are matched with mentors from the RBC Indigenous Employees Resource group (Royal Eagles) to help them navigate their early days within RBC and ensure a smooth transition from school to the corporate work environment. Says Gurjeet: “The learning and development, mentoring, and coaching support provided in the program helps Associates to unlock their full potential.”

Interested in learning more or applying to the Indigenous Peoples Development Program? Visit us online for details.