The RWomen Canada Employee Resource Group (ERG) is led by three chairs who represent different areas of the RBC Capital Markets business – Corporate & Investment Banking, Global Markets and Business Functions. Emily Coolican, Farnaz Shahed and Christina Chan have all been involved with RWomen for the past several years, starting out as members, progressing to subcommittee leaders and eventually becoming co-chairs of the ERG in early 2021. While each have had unique journeys through RBC and RWomen, all have found opportunity and connection along the way, which they credit in large part to the initiatives of this ERG. 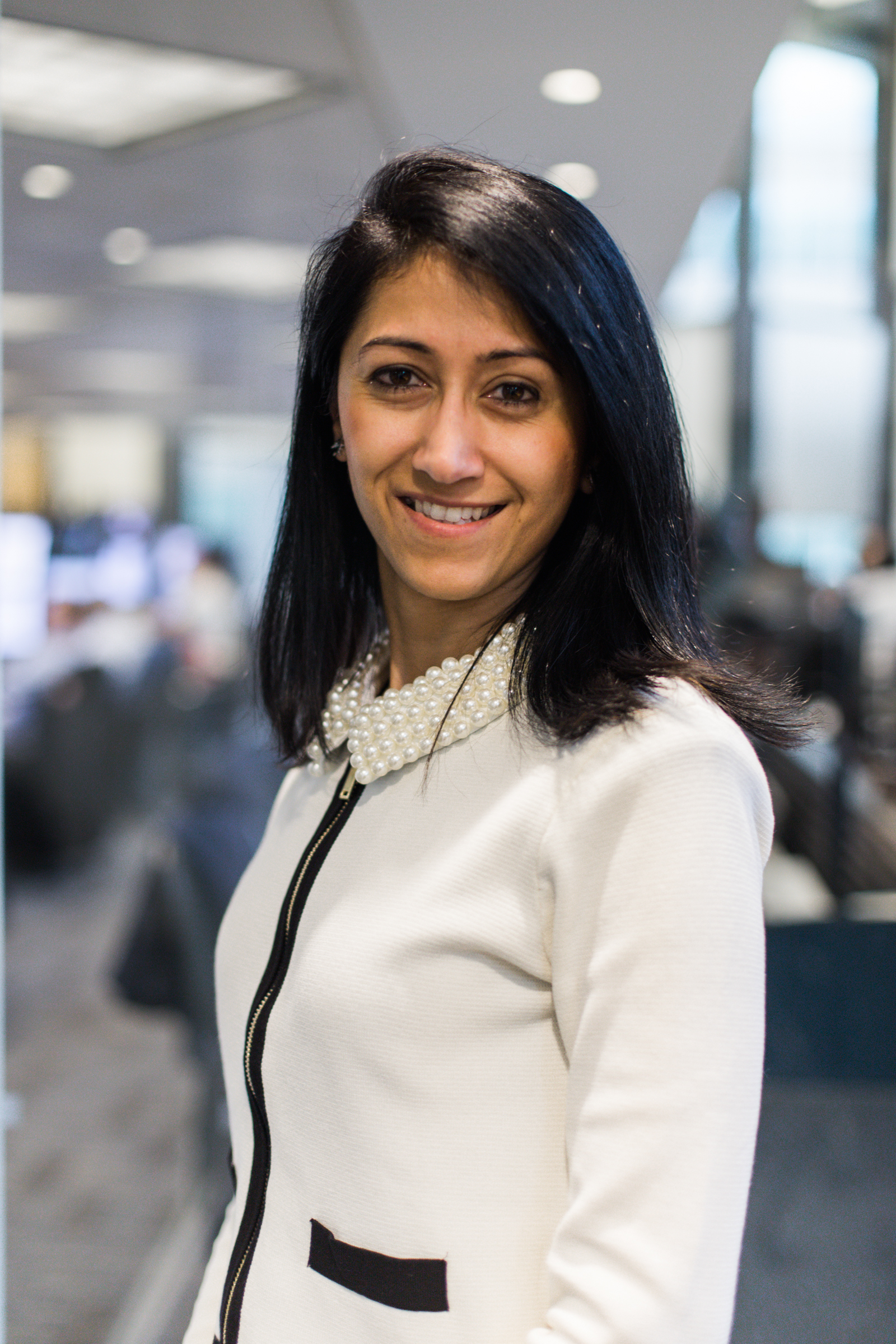 Farnaz became a member in 2013, a couple of years after joining RBC Capital Markets. Focusing on her day-to-day job as an Associate, she felt it was difficult to get a sense for areas across Capital Markets and what other people did at the organization. “RWomen was a good way to get acquainted with colleagues who worked in different areas of Capital Markets,” she says. “It was quite an eye opener in terms of the relationships you could build through attending events and programs. RWomen provided an opportunity to network and get to know people.”

While her initial motivation for joining the ERG was to network, she found the events offered meaningful takeaways, inspiring her to become more involved. She began leading committees, including the external partnerships committee, which involved partnering with organizations outside of Capital Markets to find speakers that could help members with networking and career development. After observing how the co-chairs worked to lead the ERG, Farnaz put her hand up to become a future leader herself. “It’s been a fantastic collaboration between the three of us as co-chairs over the past year and a half,” she says. “We hadn’t worked closely together before this, and it’s fantastic to have the opportunity to work closely with colleagues across the organization and leverage their strength and networks. Outside of the RWomen responsibilities we co-shoulder, I have leveraged both Emily and Christina and their networks in my day-to-day work.”

Farnaz goes on to share that given how lean the RBC Capital Markets organization is, joining an ERG committee is a great way to develop and apply one’s leadership skills and form relationships with people, some of whom have supported her own career development. 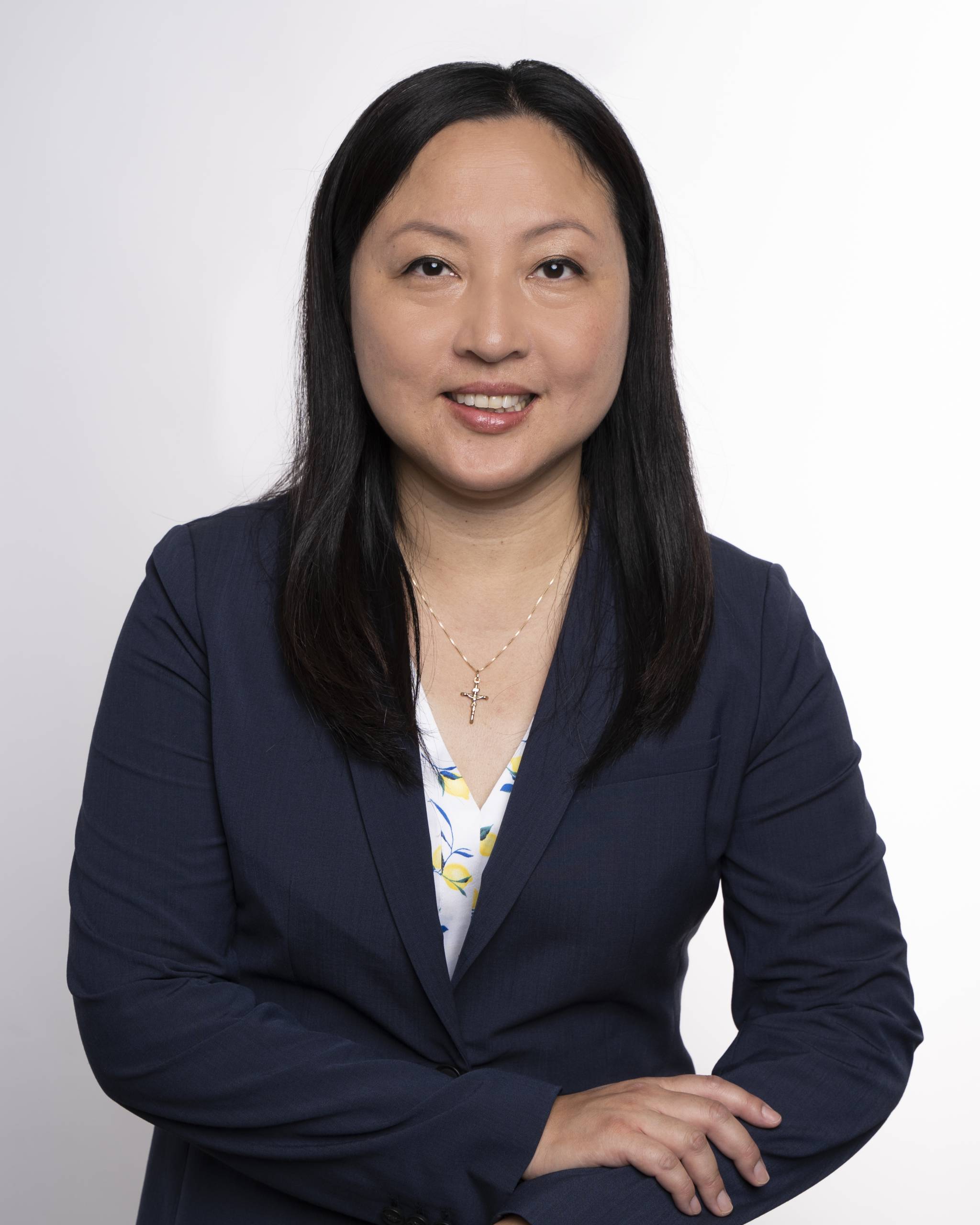 Christina Chan joined RWomen after her first maternity leave. “After being away for a year, it was a way to get myself reintegrated not just with my team, but with the larger community at RBC.” For Christina, joining RWomen meant connecting and sharing advice with other working parents.

After joining a subcommittee on parenting, she was subsequently asked to take on more of a leadership role. “I was tapped to lead the external events committee and leading the ERG as a co-chair became a natural next step. It was a very exciting professional development opportunity,” she says. 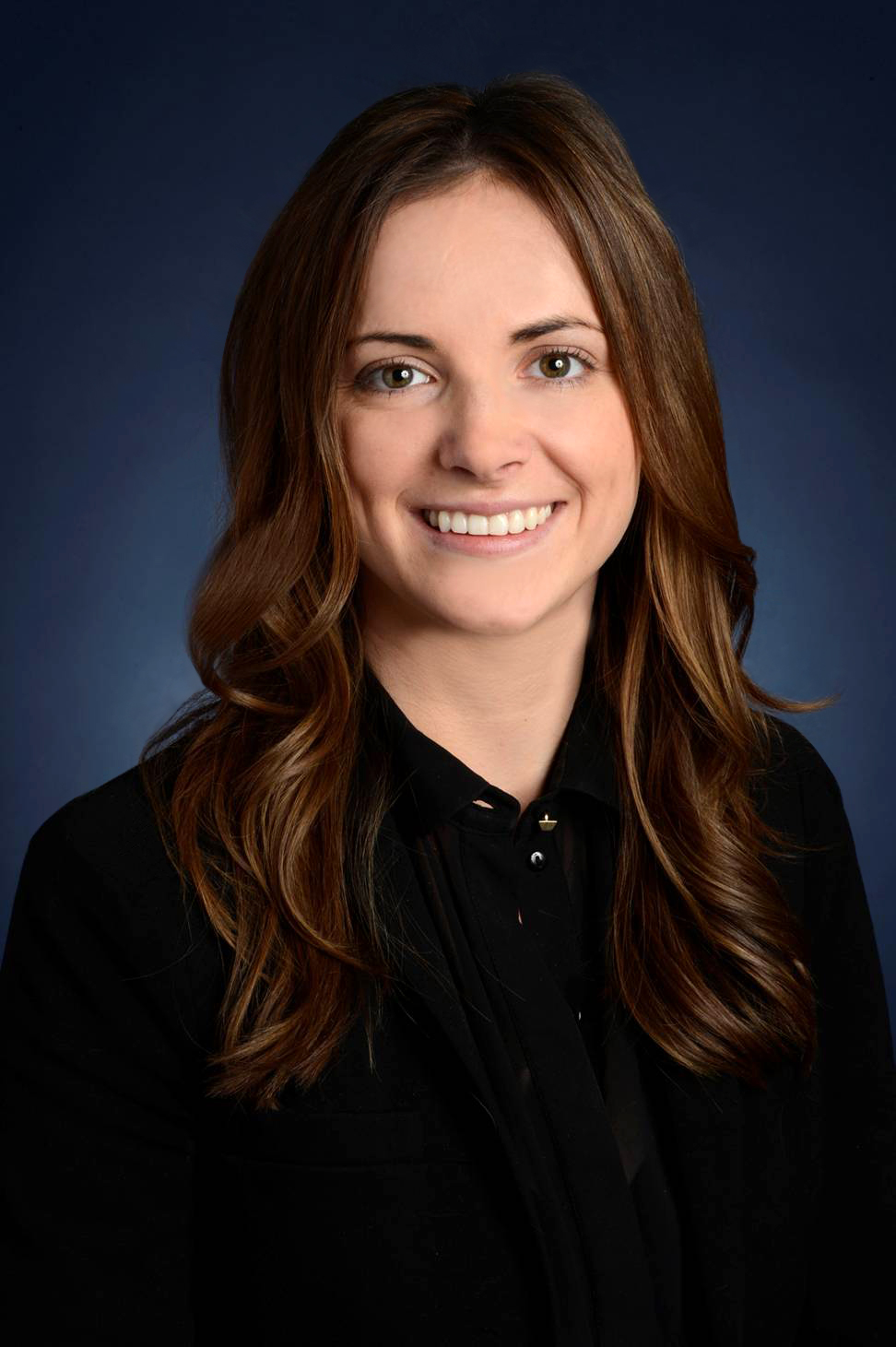 Emily Coolican joined RWomen on the urging of a former co-chair who was passionate about the ERG and an event they were holding at the time. While she too was focused on her day-to-day job, she would attend events of interest and felt it was a nice way to connect with colleagues. She became more active after her second maternity leave. “I had two babies back-to-back and when I came back from my second maternity leave, so much had changed across RBC as an organization. I was feeling a disconnect.” She was chatting with a colleague who was on a committee that Farnaz was chairing and joined that before being asked to lead the communications and marketing committee. “That really excited me because it was more aligned to my day-to-day work.”

Initiatives that make an impact

RWomen leads numerous initiatives throughout the year to address the needs and aspirations of its members. One that has stood out prominently for Emily is the parental leave mentorship program. “I really benefited from this program and I think many members in our community have as well,” she says. “It connects men and women who are going on parental leave with a mentor – whether it’s right before they go, after they leave or if they’re doing family planning.”

The program offers an opportunity to learn more about RBC’s parental leave policies, provides candid insights into the challenges parents may face when they return and how to speak to their manager. What started as a maternity mentorship expanded to a parental mentorship program, which Emily says increased the transparency across the organization that men can take parental leave as well. “There have been so many success stories coming out of the program,” says Emily, who adds that it evolved to include mentorship for sole parents as well.

For Christina, the Leadership Development Program has been a standout initiative, which was kicked off earlier in the spring. “The focus is on vice president and director-level female professionals throughout Capital Markets,” she explains. “The objectives of the program are to build and boost confidence and advance executive presence and communication.” She adds that imposter syndrome was something she continued to face as a female leader and learned it is common among senior-level and executive-bound women. “It was good to know that there was a larger community that face similar insecurities and that we are willing to tackle it together.”

An initiative called Reverse Table Talks is Farnaz’s highlight, which involves nine or 10 RBC employees sitting down with a senior leader. “The reason it is called Reverse Table Talks is because it’s an opportunity for the leader to hear from members and answer questions they have.” She recalls one particular session where a Global Markets employee asked about internal mobility across the firm and getting experience in Investment Banking. “Movement across businesses back then didn’t happen much, and it was interesting to hear the perspective of a leader on the other side of the business, to understand the challenges but also hear that he was open to more movement.” Since that session, there have been a couple of additional instances of successful internal moves between Global Markets and Investment Banking. “It’s great to see those initiatives move forward,” says Farnaz. “Obviously there is no guarantee that it was that discussion that propelled the movement, but I feel like it’s discussions like these that help move things even an inch closer.”

An exciting future ahead

Looking forward, the chairs are excited to profile new executives of the RBC Capital Markets Operating Committee. “We’re looking forward to hearing about their career journey and their experience to date on the OC,” says Emily.

The chairs are equally excited to start hosting events face-to-face. “Many Capital Markets employees are back in the office three to four days a week, so it’s exciting for us to get back to in-person events and meeting people face-to-face,” says Farnaz. “Nothing really replaces being able to establish these valuable relationships in person.”

RWomen has been connecting female and male allies at RBC Capital Markets for over a decade, providing networking and career opportunities, as well as guidance for navigating personal and professional goals. More than anything, it promotes gender diversity and equality, helping to shape an inclusive workplace for all employees.