It Starts with a Conversation: Raising Awareness on UN International Day of Persons with Disabilities

Many people have a hard time talking about disability, whether their own or someone else's. Will I be thought of differently if I disclose my disability? What's the right thing to say? As RBC observes International Day of Persons with Disabilities, employees share how inclusion begins with dialogue.

One in five Canadians aged 15 or older have one or more disabilities –6.2 million people across the country. Worldwide, over 1 billion people are living with at least one disability. December 3rdis the United Nations International Day of Persons with Disabilities – an observance that aims to promote the rights and well-being of people with disabilities in all spheres of society, and to increase the awareness of the circumstances they face in every aspect of political, social, economic and cultural life.

Bernice Dunsby, Senior Vice President, Enterprise Operations and Adam Hagarty, Vice President, Head of Wealth Management Operations are national co-executive champions of RBC’s REACH Employee Research Group (ERG). Each have personal stories that can help raise awareness and inclusion of people with disabilities, and a drive to build an inclusive workplace for all. 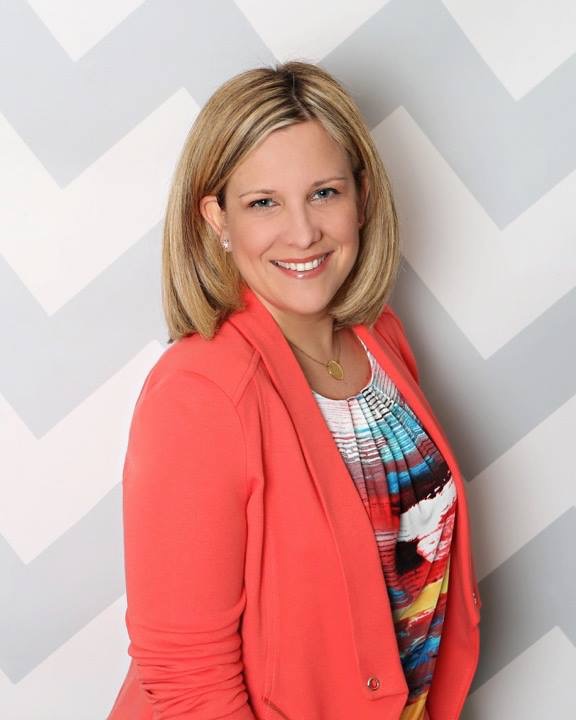 In 2017, Bernice Dunsby became a person with a disability. She had quickly lost most of the hearing in her left ear due to a virus and it was a life-changing event. “Within weeks, I started to experience some of the challenges that came with my new disability,” she explains. Because it was invisible, unless she mentioned it to someone, no one knew. “In the early days, I really tried to keep it hidden,” she said in a recent interview. “I wasn’t comfortable disclosing my hearing loss – I was just trying really hard to pretend like everything was normal, and no one knew I was struggling inside.”

When asked why she kept her hearing loss a secret, Bernice reveals that she didn’t want to be known as someone with a disability. “I wanted people to see me first,” she says, admitting it was difficult for her to come to terms with disclosing her new reality.

But once she did, she quickly realized how much easier things were. “Everyone I met was genuinely interested in supporting and helping me,” she says. In fact, when she first shared her story a few years ago, she was blown away by the number of emails and phone calls she received from other RBC employees who had similarly struggled with their own disability journey or were in the midst of dealing with their own disability. “It was great to connect with colleagues in my organization, to talk about the challenges but also to give people the courage to come forward and share their stories as well. It ended up being probably the most positive experience I could have had.”

When Adam Hagarty and his wife were expecting their second child, the sixteen-week prenatal scan revealed they were having a boy – and that something was wrong. “You could see the spine was dislocated – I didn’t even need the ultrasound technician to say anything. I was just looking at the screen wondering what was wrong. The gut sink was incredible,” he reveals.

Two different doctors had two different views. The orthopedic surgeon said it was a 100% guarantee that the child would be paralyzed – the neurosurgeon, meanwhile, said ‘we see miracles all the time here.’

Five years, numerous back braces and several procedures later – including a 10-hour surgery in February 2020 – Colton Hagarty has defied all the odds and proven the orthopedic surgeon wrong. He walks with a walker, is working on walking with canes and goes to physiotherapy weekly at Holland Bloorview Kids Rehabilitation Hospital. “My son benefits from the fact that he’s never known anything else. He was born this way. He is aware of his differences, but it’s not a disability,” explains Adam. While some people at school might call him a “strong, brave boy,” Adam is quick to point out that he’s really just a boy. “He loves his snack after school, his iPad and eating candy. He’s no different than any other child but has definitely learned not to sweat the small stuff.”

For Adam, Colton has been a continuous source of inspiration for him and his family – including his daughter Mayla who has won several empathy awards at school and is a strong, caring older sister. Adam shares that one of the hardest things as a parent was to reset his own goals and dreams. “I played hockey and football. I played tennis, I ski, I’m very active,” he says. “Knowing that I couldn’t do that with my child was hard at first.” But now, he is excited for Colton’s physiotherapy day because he knows he’s going to hit new goals and milestones.

The first two years were difficult, however, from the initial diagnosis to the first twelve months of Colton’s life, and Adam shares that he went through some depression, and his anxiety levels were “off the charts.” Being able to talk about what he was going through made a big difference. “Once you can talk about it, you discover the supports available, and you discover just how much of a weight can be lifted – and how much easier you can get through it.”

Colton, at five years old, has taught Adam to be an empathetic leader and, as he describes it, “a better human being in every possible way.”

Both Bernice and Adam discovered that talking about their personal circumstances has helped advance the conversation and raise awareness around people with disabilities. Bernice, for instance, discovered that disclosing her disability was an opportunity. “This was an opportunity for me to put a voice to it and share my stories and my journey – the highs and the lows,” she explains.

Adam agrees that sharing stories – like his and Bernice’s – can create awareness. “The International Day for Persons with Disabilities is about encouraging people to speak up, to tell their story and inspire those who are maybe living in silence to reach out for some help and support.”

“Everyone’s got a story,” he adds. “The more we share it, the more it normalizes the conversation around disability – and the more it becomes a space of understanding, support and awareness. And through that you end up getting a level playing field.”

While awareness is key, Bernice points out that more has to be done to elevate the conversation, specifically within the corporate setting. As co-executive champions of the REACH Employee Resource Group at RBC, Bernice and Adam have been helping to remove barriers and attract more people with disabilities into the organization.

“We are working to drive localized conversations and have been working with recruitment and now more than ever, as we think about the future, of work, we need to consider the opportunities that exist with remote working. We have an opportunity as an organization to tap into the talent pool of persons with disabilities,” she says.

Adam and Bernice aim to help build a workplace where people feel safe to disclose their disability and has the creativity to think about work in a new way. “We all have inherent biases about how work is done,” says Bernice. “It’s important that we challenge ourselves and ask: ‘Have I really thought about how this work could be done differently? What accommodations could be made? Am I making sure I’m getting the best talent for the roles I am posting?'”

Both Adam and Bernice have said that their experiences with disability have enabled them to raise awareness, and their roles at REACH have given them the platform to extend the conversation. To celebrate International Day of Persons with Disability, they have a schedule of events planned with guest speakers and a panel discussion.

“I think events like this will allow people to learn through participation, pick up a few things they didn’t know before and get inspired to act. It’s an opportunity to commit to doing something differently,” says Bernice, adding that everyone has a role to play in building a more inclusive environment for all.