In recognition of National Coming Out Day, we hear from two RBC leaders about sharing their story and bringing their whole, true-self to work.

Lauren Friese, Vice President, HR Accelerator joined RBC in January 2017. She was two months pregnant and was nervous about telling her new boss that she’d be leaving in a few months to become a mother. She was also nervous to tell her boss that she had a wife.

“When I first got to RBC, I always used the term “partner,” she says, “I guess I was expecting there to be some sort of reaction.”

Lauren and her wife Steph Morgan, who is now Vice President of Auto/Mobility with RBC Ventures, quickly discovered that at RBC, this wasn’t the case. No one flinched when Lauren mentioned she was married to a woman, and Lauren’s new boss was incredibly supportive regarding her pregnancy and upcoming leave.

In 2008, Lauren and Steph co-founded TalentEgg, a popular Canadian job site and online career resource for students and recent graduates. After TalentEgg was acquired, Lauren was giving a talk for RBC, and was approached by a leader at the company who asked if she’d be interested in joining. She was and, after meeting with a number of employees, it was mutually agreed that she’d be a great fit.

Steph joined RBC in September 2018, excited about the future ahead. With intensive experience in venture funded start-ups, the potential for Steph to exercise her talent and skill at RBC Ventures was unquestionable.

“RBC Ventures’ goal is to build value beyond banking for Canadians,” she says. “We really want to make a difference for the greater good of RBC and our clients.”

When Steph joined RBC, she never questioned whether or not she and Lauren would be able to be open as a couple together.

“I’m very comfortable with my sexuality,” says Steph. ” I never questioned if I was different, because I don’t see it that way.”

After building her early career in male-dominated, sales-type roles, she says she never questioned whether her sexuality would compromise her ability to be successful. That said, she felt at that time that disclosing it wasn’t relevant or important.

Since joining RBC, she’s experienced a shift in mindset. She now believes that it’s important for your colleagues to know who you are, and in turn that it’s critical to create an inclusive environment.

“I value diversity in my team – whether it be diversity in sexual orientation, educational background, race, religion or otherwise – and want everyone I work with to feel comfortable bringing their whole selves to the table every day.” says Steph. “When individuals feel that they need to hide who they are, we risk losing out on their full potential to make an impact on our business, clients and communities.”

While both women today are comfortably out at RBC, Lauren says this hasn’t always been the case for her. Before TalentEgg, she worked for institutions where she often heard derogatory language used towards the LGBTQ+ community, signalling to her that she wasn’t in an inclusive environment. 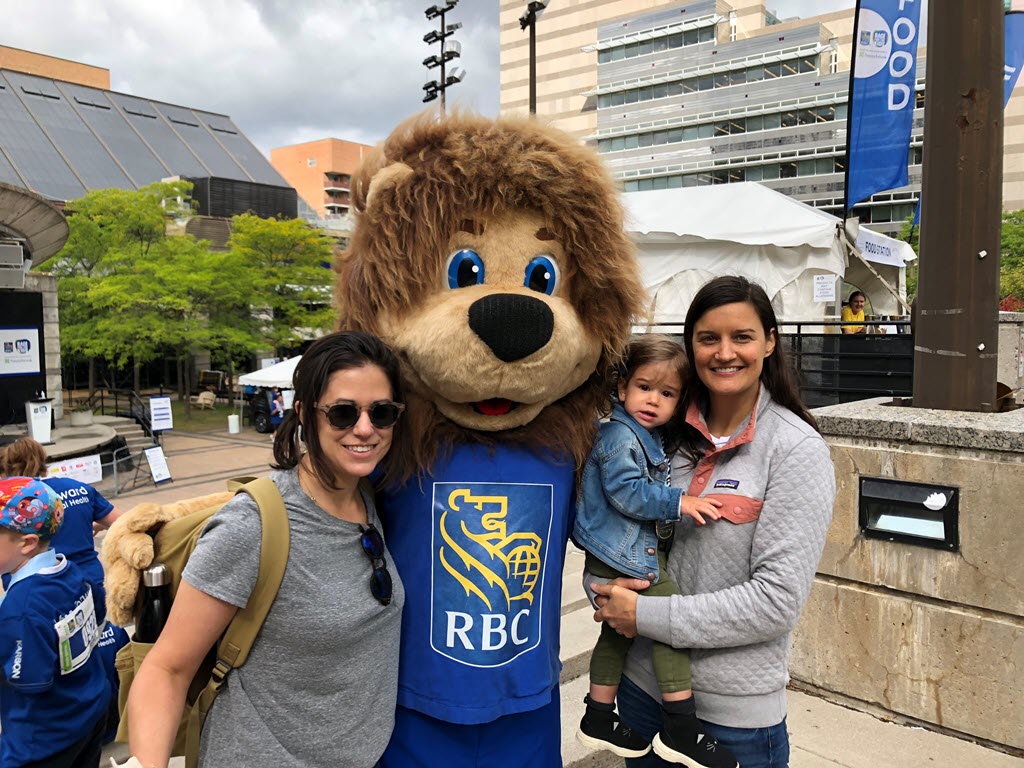 “You’re just othered,” she says. “It’s hard to be productive at work when you’re worried about colleagues finding out you have a partner of the same sex.”

Today, Lauren and Steph navigate the joys and challenges of their RBC careers, in addition to raising their daughter. For Lauren, sometimes those old feelings of hesitation about disclosing her sexuality filter in, but she ignores them.

At two years old, their daughter is beginning to develop a stronger understanding of language and how to conceptualize the world around her. While she knows she has two mothers, she also understands she has friends who have a mother and father or two fathers – something she doesn’t see as materially different from her own life.

“Even though our daughter has friends whose families are different from her own, it’s all normal to her,” says Lauren. “It really shows you that discrimination is manufactured – we’re not born with it.”

Lauren and Steph want their daughter to grow up believing she can do anything and be anything that she wants. That she’ll be accepted for who she is, no matter what.

“We want her to be proud of who she is and where she comes from,” says Steph.

Lauren and Steph acknowledge that discrimination is still a reality today, and there’s more work to be done. Diversity and Inclusion is a journey, not a destination, but they are proud to work at an organization that is taking the lead and encouraging its employees to be themselves.

“We are lucky to live and work in an incredibly inclusive bubble,” says Lauren.

But, although it may be a bubble, it’s a big and well known bubble, comprised of 84,000 employees, and one of the most recognizable brands in Canada. The women are proud to work at an organization that not only has the scale to drive significant change, but is also committed to being a genuine leader in Diversity & Inclusion.

When considering what #Pride365 means to them, Lauren and Steph say that Pride isn’t just one month – it’s about celebrating and recognizing people, and telling their story of who they are every day. They want generations coming in after them to know that disclosing your Pride will help unleash untapped potential.

“LGBTQ+ youth entering the workforce need more than one person to look up to – that’s why it’s important for us to tell as many stories as we can, and thankfully, RBC is on board.”