RBC Salute is the organization's newest Employee Resource Group (ERG). With a dual purpose of connecting service men and women, families and allies within the organization — and serving communities across Canada — RBC Salute brings people together through a sense of pride and service.

When Tony Vosper, a six-year veteran of the British Army, moved to Canada from the UK with RBC in 2009, he sought out a veterans’ organization he could become a part of. When he didn’t find an active group at the Canadian office, he took matters into his own hands. After reaching out to others who had served in the military, Vosper and a few colleagues began to develop some ideas about forming an affinity group and considered how they could support veterans and reservists within RBC. Over time, interest and participation in the group grew, and in December 2022, RBC Salute was officially formed as RBC’s newest Employee Resource Group. 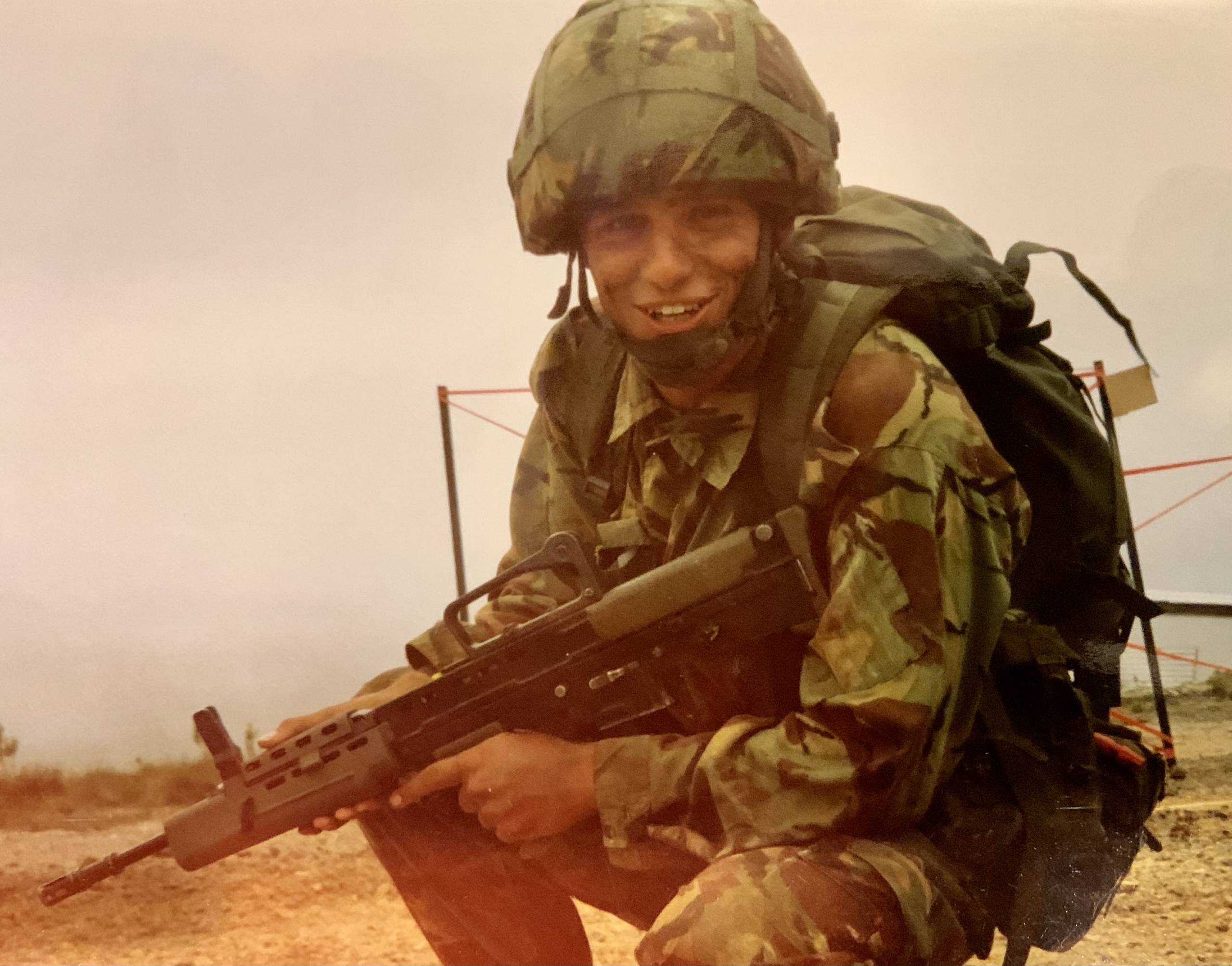 “No matter where you come from, what language you speak, how you look or what you believe in, the military brings people together through a sense of pride and service,” says Mike Hamilton, a veteran of the U.S. Army’s 2nd Armored Cavalry division, Chief Distribution Officer/ Senior Vice President with RBC Insurance and co-executive champion of RBC Salute. This sense of community and hope for connection is what initially motivated Vosper to form a group of veterans and reservists. “The ERG allows us to come together as a unit to help foster pride and help those families and children of those who are serving and protecting us every single day,” Hamilton adds. 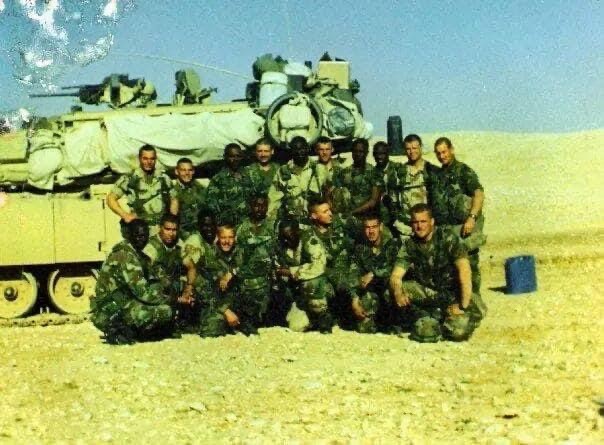 Mark Henry, who recently left the Canadian Army Reserves after 18 years of service, and who joins Vosper as co-chair of RBC Salute, agrees there is an inherent sense of community and drive for connection among military veterans – and it’s what compelled him to join the effort in forming this resource group.

“Within the military, there is a sense of community that spans nationalities. If you speak to a military member from India, South Africa or North America, there’s a common language, a common cadence — there is something universal. When you leave the service and go into the civilian world, it’s encouraging to know there are people just like you within the organization who have experienced many of the same things. The ERG gives the opportunity to reconnect with that community,” he says.

And, because the strength of the military depends on not only those who serve, the ERG is open to friends, families, allies — anyone who wants to participate and support the military and RBC. “Everybody in the military knows that we don’t operate by ourselves — we get the support of our families and friends who come by and mow the lawn or shovel the driveway when we’re away. It’s a larger community, so we opened up to the larger RBC community as well,” explains Henry.

“The reason we all went into the military is a personal sense of purpose. The sense there is something bigger than ourselves to be involved in. The ERG allows us to give back in a broader capacity than we would normally be able to do,” says Hamilton. “When you add the strength and resources of RBC to our personal military stories and experiences, we can better assist the families and children of those who serve and have great impact and influence outside the organization than if we were to work alone.”

Serving employees and the community

For Natalie Marchesan, a former navigator with the Canadian Air Force, Head of Global Procurement with RBC, and co-executive champion of RBC Salute, the ERG serves a few important purposes. 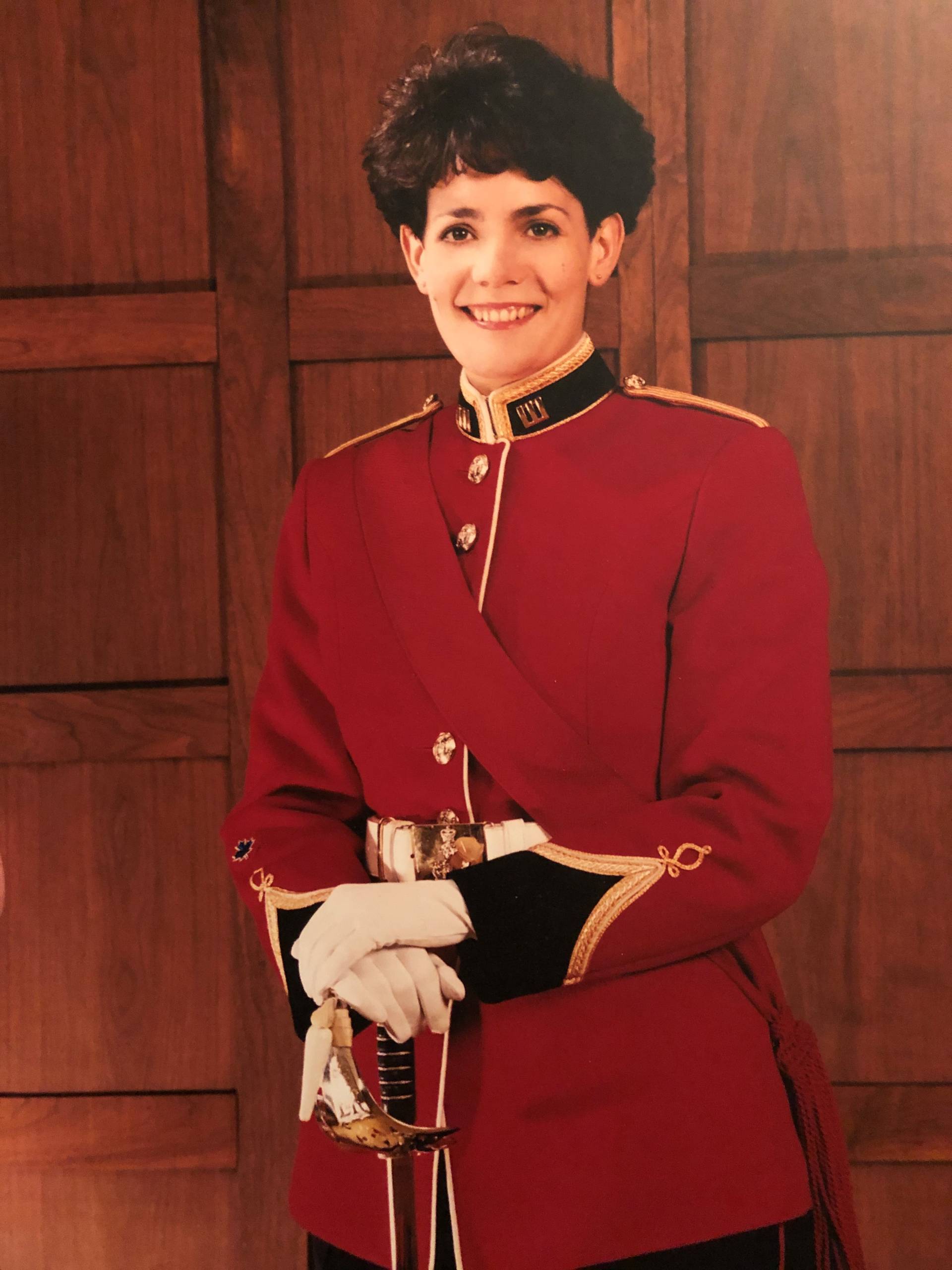 “First, there’s an educational aspect to it. I don’t know that our team members or Canadians, in general, understand what it means to be a veteran or reservist. So, the more awareness we can draw to the benefits of their experiences and the unique transferable skills they bring, it’s going to open minds when recruiting.”

Vosper also explains that RBC has a military leave policy. Still, many reservists don’t know it exists — and some are hesitant to share that they’re reservists, unsure how the organization would respond. “One part of this is ensuring reservists feel included in RBC.”

He adds that the Canadian Army Reserve looks at organizations to determine if they’re reservist-friendly – so part of their work will be to make RBC a more reservist-friendly organization so they can tap into talent in the reservist group. He gives the example of the RBC Cyber Security team. “We have people in the military who specialize in cybersecurity. I don’t know how the first person came to join RBC, but now there are three ex-military as part of that team.” 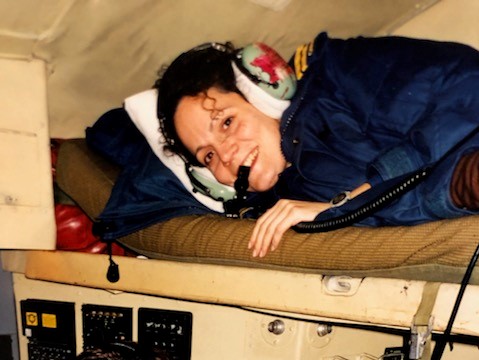 Marchesan further explains that as serving people retire and become veterans, they look for what they will do next. “RBC benefits by ensuring we have communications out there that can entice this talent pool. In a labour market as tight as this one, imagine a world where men and women who come from the military want to join RBC because there’s a sense that RBC gets them and understands the unique characteristics that you can’t learn in class and a degree on a wall doesn’t give you.”

Part of understanding this group is offering resources to support them and their families. Over the last year, as their group has ramped up, the team has held events and hosted guest speakers discussing various topics of interest. For instance, an organization called Wounded Warrior, which is focused on mental health for veterans, led a presentation earlier this year. When they opened the floor for questions, people had stories about family members or friends who needed help. Vosper describes the connections made during this session as “invaluable.”

They have also held presentations by the Conference of Defense Associations Institute (CDAI), which is a defense think tank and by Team Rubicon — a veteran-led humanitarian organization that serves global communities before, during, and after disasters and crises. RBCers have deployed to areas across Canada, including PEI, after Hurricane Fiona. Vosper notes that every presentation they’ve hosted has had an immediate and direct impact in some way.

Marchesan isn’t surprised. “Once people leave the service, the desire to serve doesn’t leave,” she says. “That commitment in your belly, it doesn’t go away. We all want to be part of something bigger than ourselves. RBC Salute aligns with RBC’s commitment to community and values.” 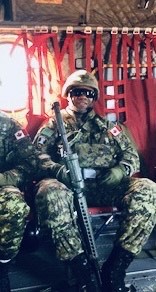 Coming up in the New Year is a presentation from Treble Victor, a not-for-profit networking group established by a number of RBCers to enable ex-military personnel to achieve their full potential in post-service roles and activities to ramp up efforts related to the Invictus Games 2025.

In fact, the Invictus Games is a big ambition, at which the team hopes to have a significant presence. “We want to get people out on the ground, helping out at the Invictus Games – that’s one of the guiding lights we’re working towards in 2025,” says Vosper.

To become an ERG, you need a name. The team went through dozens of suggestions before ultimately landing on one of the first ones put forward: RBC Salute. “The name RBC Salute is very purposeful,” says Hamilton. “It fosters pride in not only RBC but in those that serve our country and the families that support it. It denotes that the ERG is not just for serving members or those that served, but rather all those around them,” he adds. 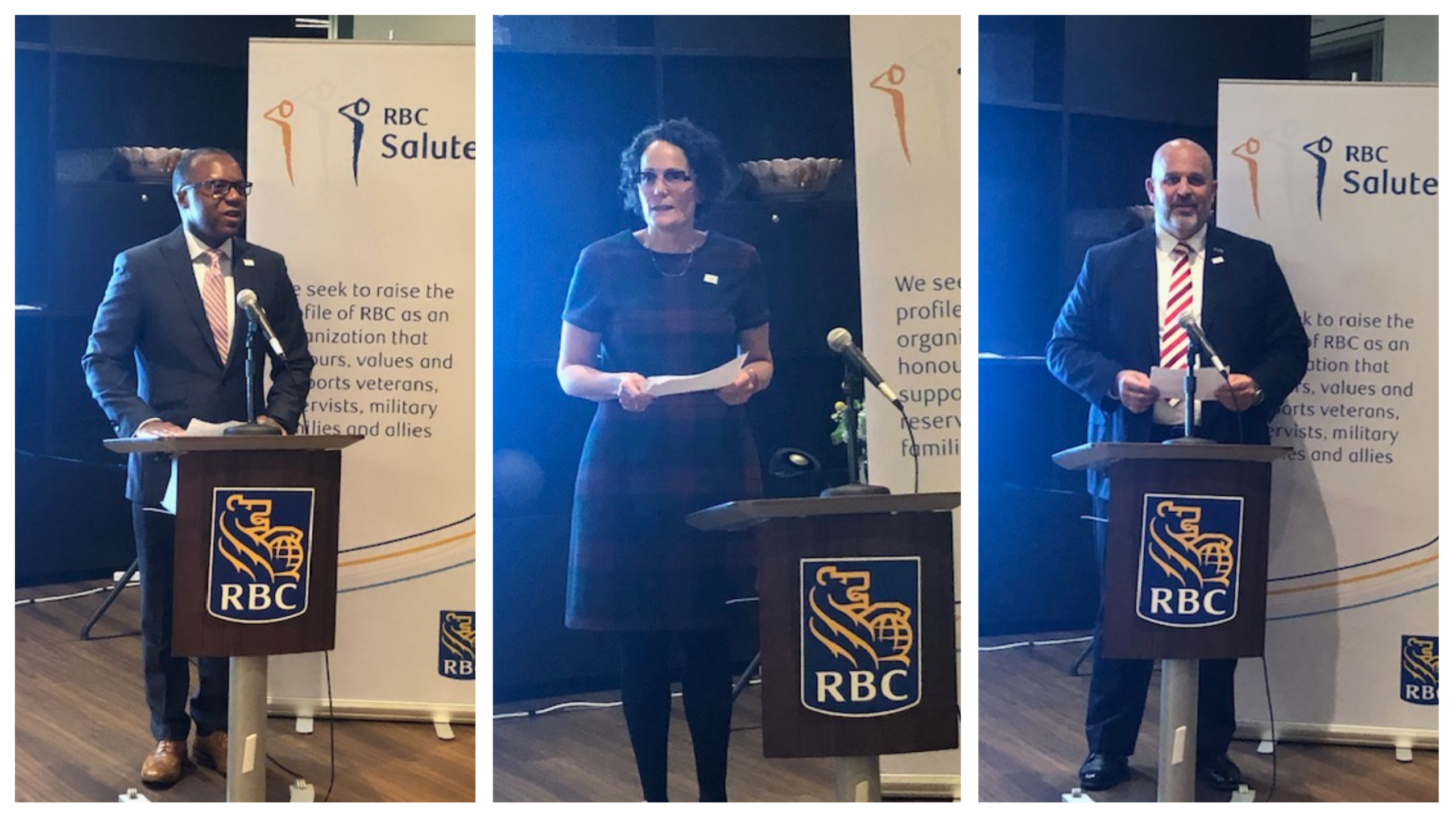 RBC Salute officially launched at the beginning of December. “In some respects, it’s the end of a journey, but it’s very much the start of the next phase of our journey,” says Vosper, who is keen to offer a channel through which veterans, reservists, families and allies can easily connect, get support, advance their careers and contribute to causes and communities across the country. 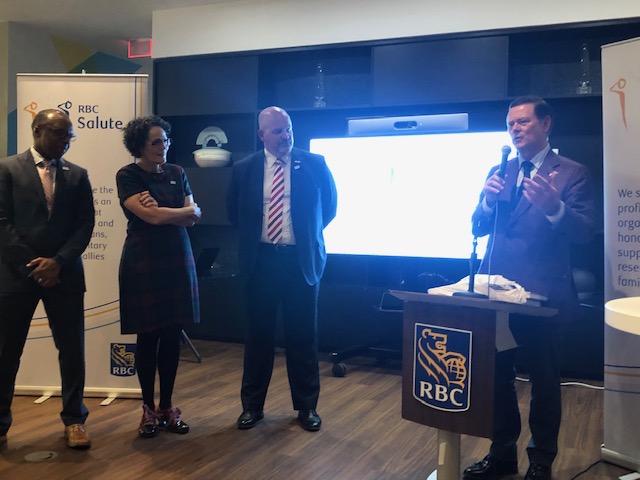 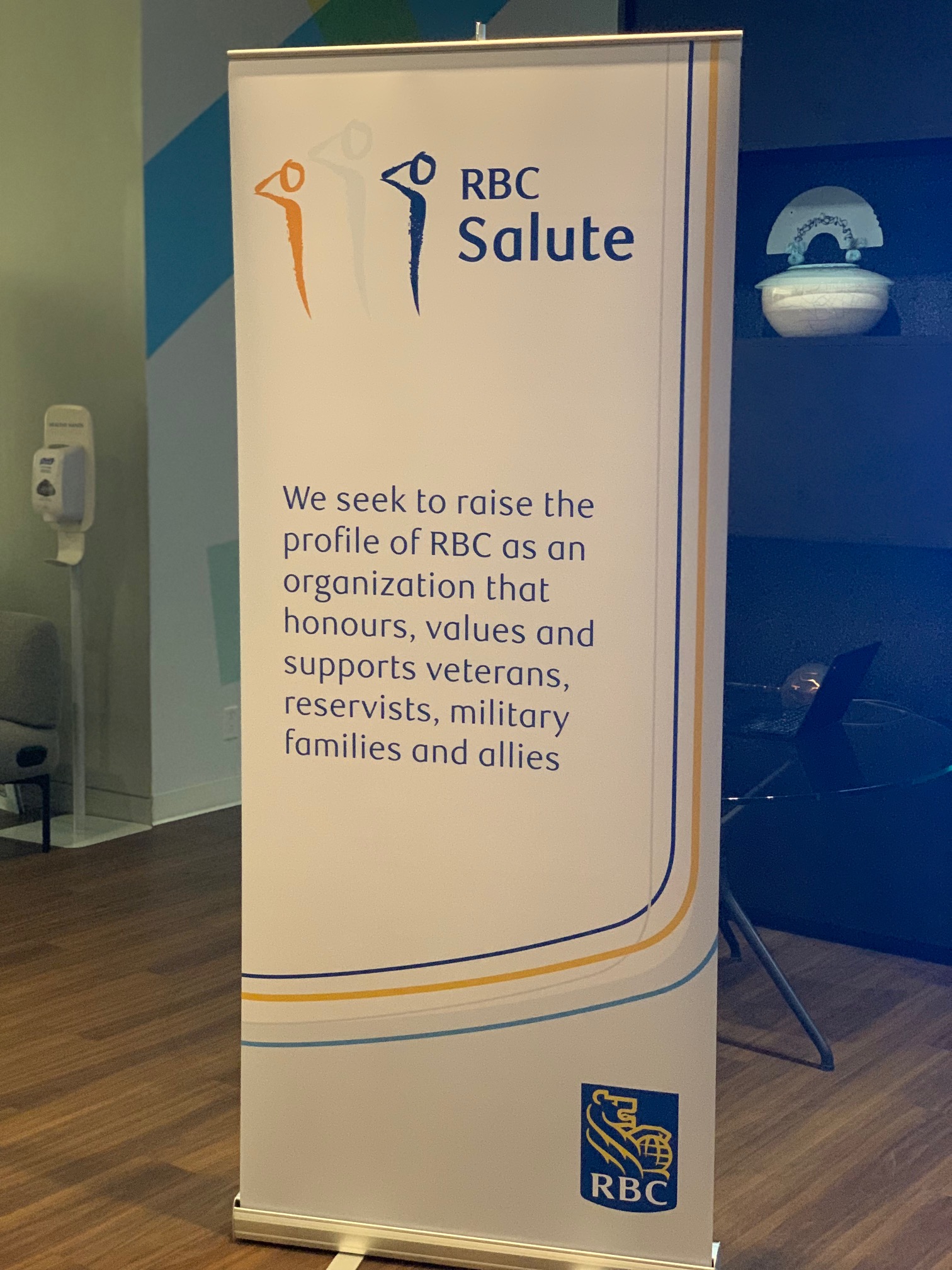