The Black Atlantic Experience: How Trevor Silver is Creating a Brand with Purpose

Trevor Silver wanted to be a lawyer to inspire people in his community. But after an uninspiring summer job and a racist incident while in law school, he began to rethink his path. He chose instead to follow his heart and create a brand with purpose.

The Black Atlantic Experience is a video series highlighting the stories, challenges, and triumphs of some of Atlantic Canada’s emerging Black leaders in order to educate and inspire a new generation. We are shining a light on a new vanguard who are changing the narrative around what is possible for the Black community, marginalized peoples, and our region as a whole.

Launching in Black History Month, the series explores the unique challenges faced by Black people in the Atlantic region, including systemic and overt racism, and will emphasize the importance and impact of addressing these issues in a real, tangible, and strategic way.

Trevor Silver grew up in North Preston, Nova Scotia, which has the largest Black community in the province and the highest concentration of African Canadians of any community in Canada. As a youth, he felt Nova Scotia was very “black and white” and that the people of his community felt boxed in by the stereotypes others placed on them. Inspired by his entrepreneurial grandfathers and other role models, he knew he could do more with his life than what was expected of him. Now with a thriving clothing brand inspiring others to reach for success, he shares his story so others can see what’s possible.

Being inspired and inspiring others is a big part of Trevor’s story.

While in Grade 12, his cousin Dyrell went to university through Dalhousie University’s Transition Year Program, which is designed to help Black and Indigenous students prepare for university. Trevor thought, ‘If he can do it, so can I.’

A high school teacher encouraged Trevor to apply, and then he set his sights on law school. “There weren’t many Black lawyers in Nova Scotia. One of the reasons I wanted to become a lawyer was to show people in my community that we can do other things besides what we are used to doing. I wanted to be an inspiration,” he says.

Following an undergraduate program where he pursued both History and Business, and through the support of Dalhousie’s IB&M Initiative, Trevor started Law School.

But the dream began to fade shortly into his program. After a summer internship at a law firm, he didn’t love the work as much as he thought he would. “I was uncomfortable. It was not who I wanted to be,” Trevor shares.

While it had nothing to do with him, around the same time a party he planned was abruptly cancelled by the event company in response to a few violent incidents around Nova Scotia involving Black people. The overt racism shook his morale. “I wanted to be a lawyer because I wanted to inspire, but I also wanted to be accepted in white society. I thought if I became a lawyer, others would have to treat me differently. But the experience reminded me that if you’re Black, you’re still Black. Even if you’re a lawyer.”

Trevor took some time off school and drew inspiration from others who were following their dreams. “East Coast Lifestyle is a successful clothing brand from Nova Scotia. When I saw that they had built this brand, and were from here, I thought: I can do that too.” He was further inspired by other local designers. “When you see where they come from, it shows you that it’s not that far-fetched of a dream.”

“You have to do what feels right”

So in late 2016, Trevor started working on his brand tREv, tapping into his creative spirit, entrepreneurial drive and desire to inspire and motivate others.

“tREv isn’t just a short form of my name. It is an acronym that stands for: trust, Respect, Educate, and value. “I wanted it to be something a consumer can buy into — that, living by these principles, it could add value to their lives.” 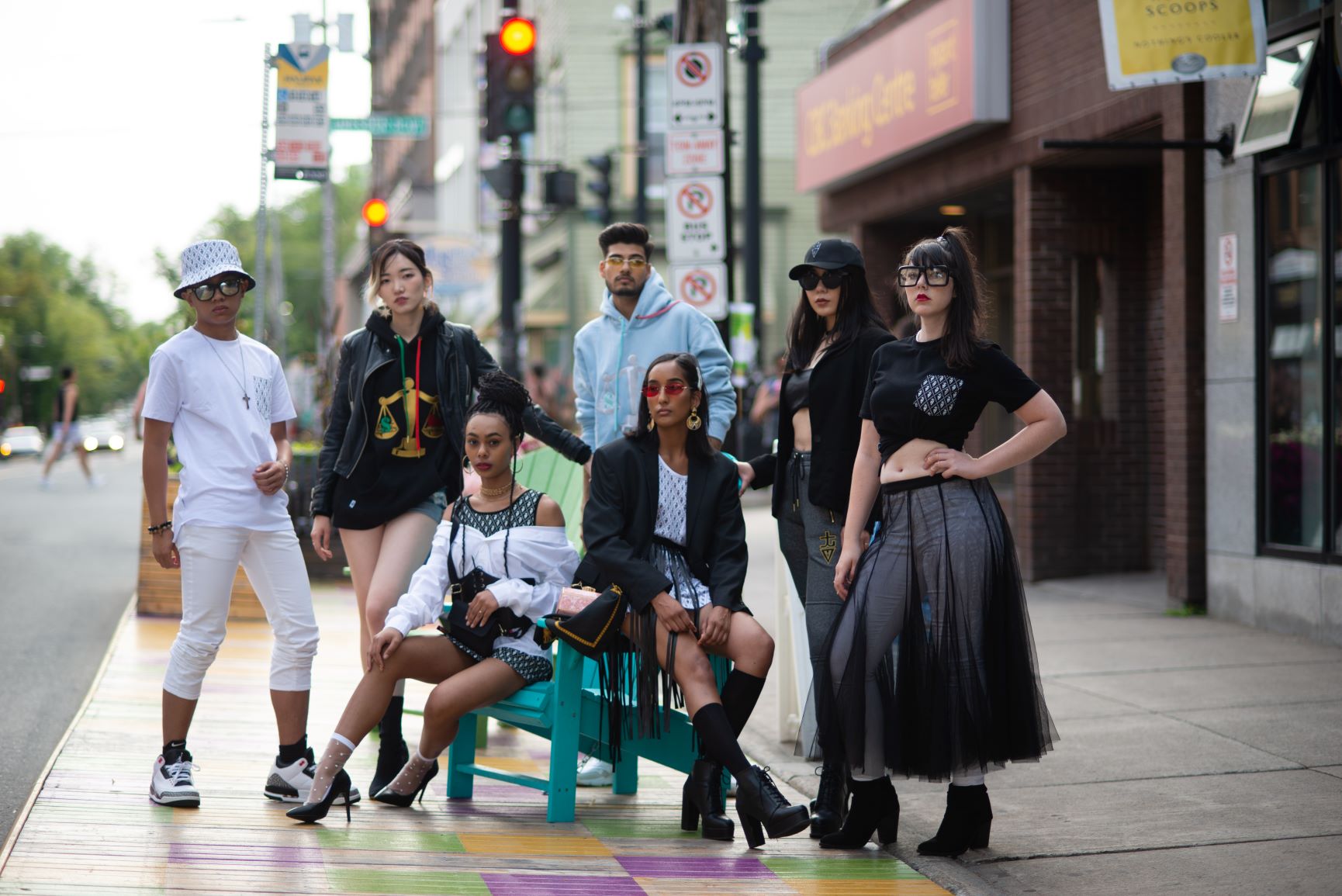 Trevor believes there is power in his brand, both in the message it sends and his pursuit of success. “If everyone practices the principles of tREv, communities can come together. It doesn’t matter what colour you are — real recognizes real. Fashion can connect people — white, Black, Asian, Indian — you feel you have something in common if someone is wearing the same brand as you.”

He also hopes his story can motivate others who feel boxed in by stereotypes, and that by speaking up about his own experiences, Black people from his community and beyond can recognize their potential. “When you are faced with racism and discrimination, it puts you in a mental box. You feel that this is who you are — that it’s the only thing you’re able to do, the only potential you have. It’s on us to free each other from our boxes. As a business person, I can create jobs for the community, I can inspire. By listening, talking and understanding, we can break each other out of those boxes.”

Trevor designs everything himself but commissions local artists to bring them to life. He is always looking at creating new products and says he has a lot in the works. While he was looking at getting a storefront early in 2020, the pandemic forced him to focus on building the brand through social media — a move that has increased interest in his community and beyond.

While he acknowledges that building a brand is a lot of work and takes a significant amount of time, Trevor is hopeful for the future. The brand is growing, sales have doubled year over year, and interest is higher than ever.

“When you follow your path and purpose, good things will happen,” he says. “The key is to do what’s in your heart.”

How Dr. Eugenia Duodu is Using STEM as a Vehicle for Change for Youth

Chatter That Matters Podcast: How Rick Hansen Continues to Move His Mission Forward & Live a Life of Purpose