As the Smoke Rises: A Story of Healing and Strength

Sharing stories is an ancient Indigenous tradition and a central part of the culture. Storytelling is one of the ways heritage is preserved, and awareness can be raised about the harms and realities of the past. Through the sharing of stories, communities and families can heal together. 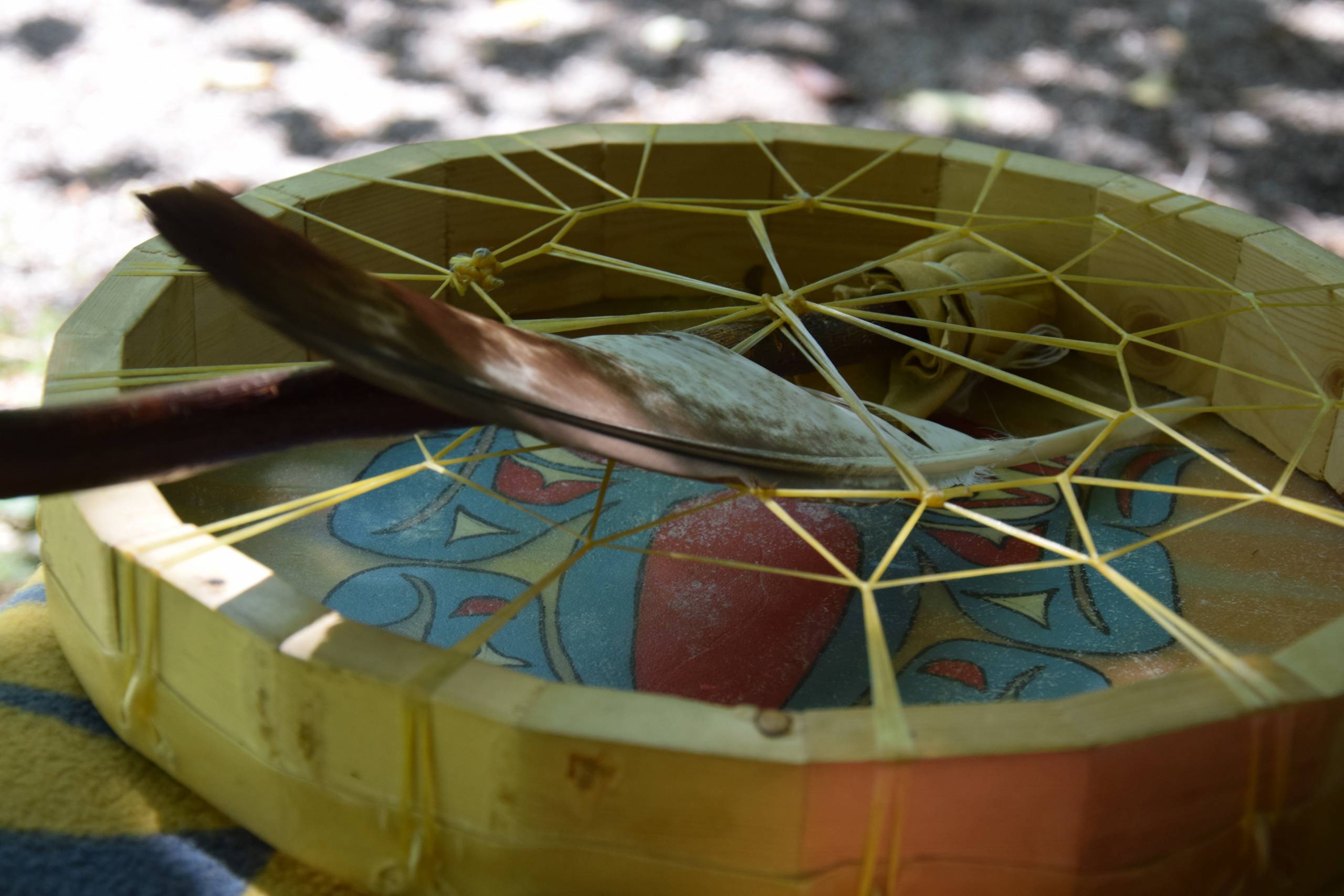 The feather and the drum used for smudging and singing 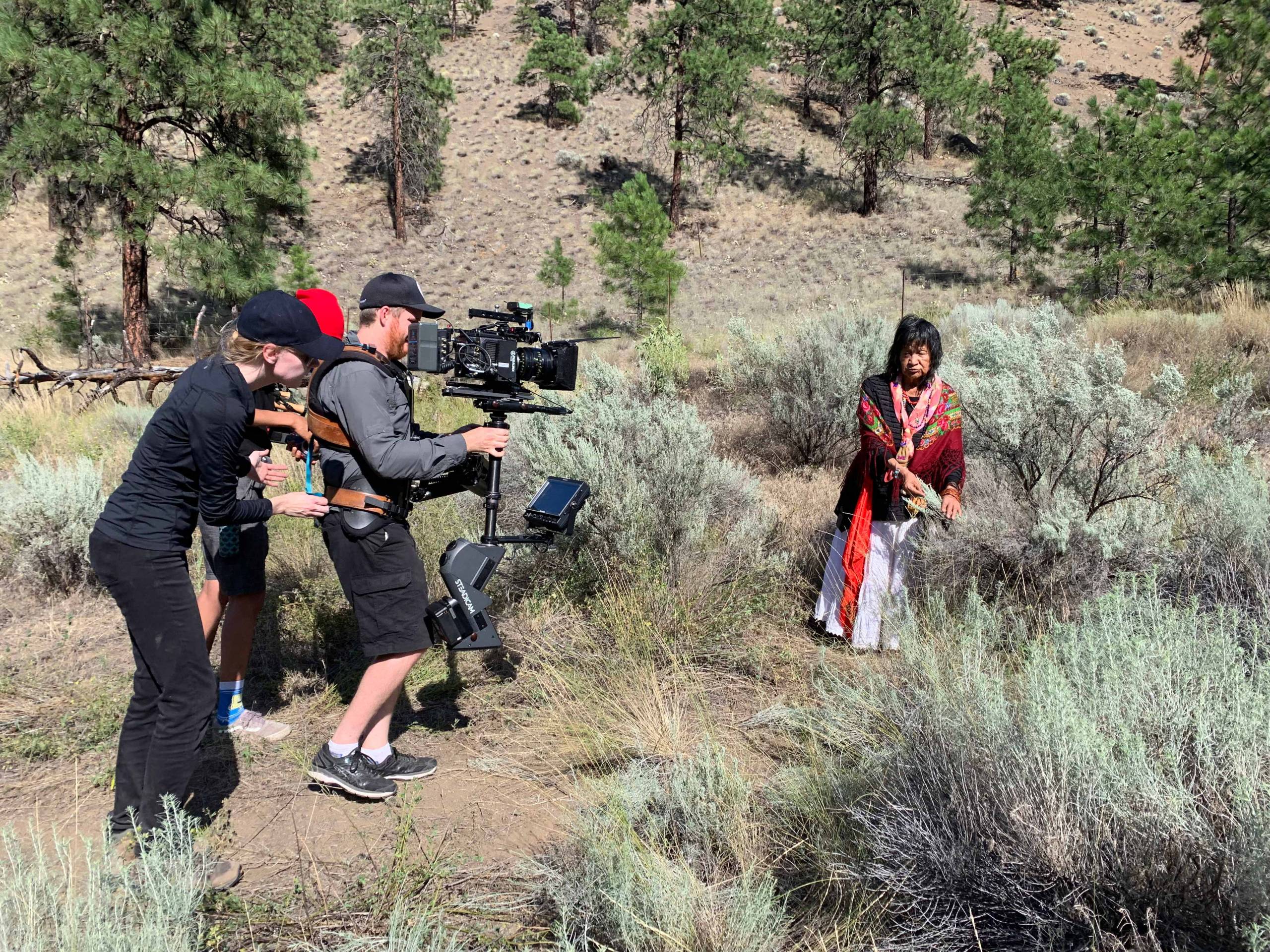 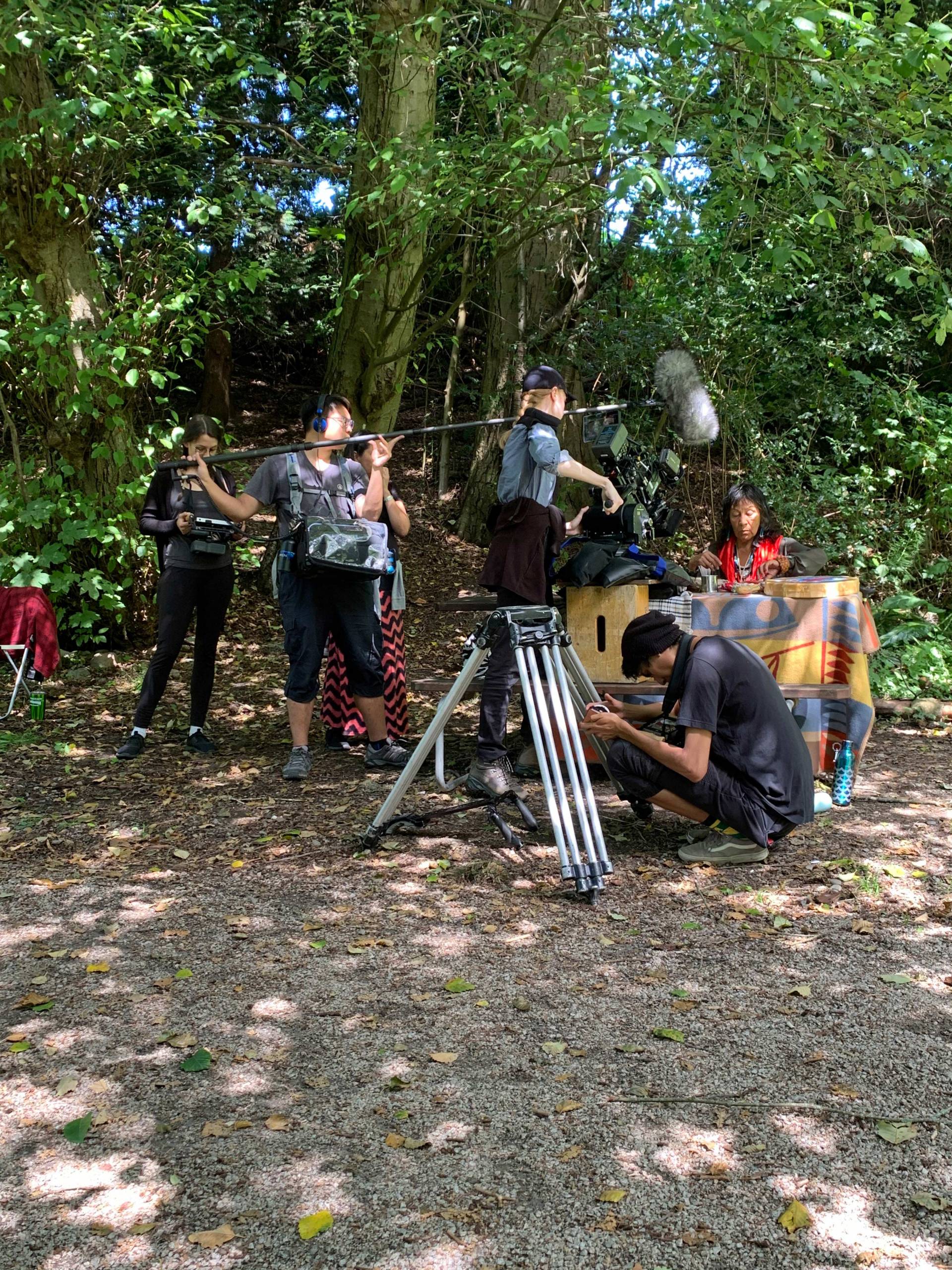 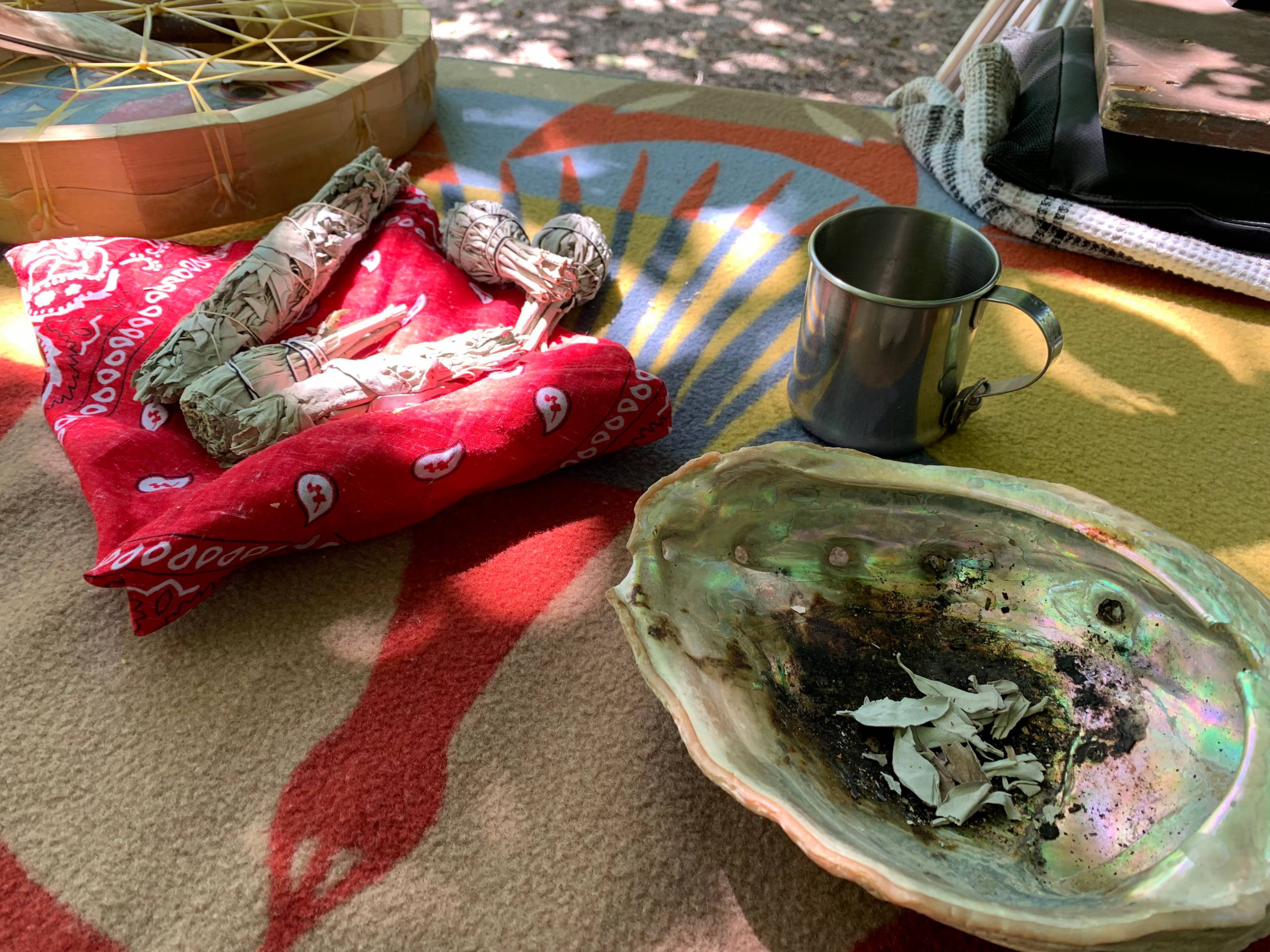 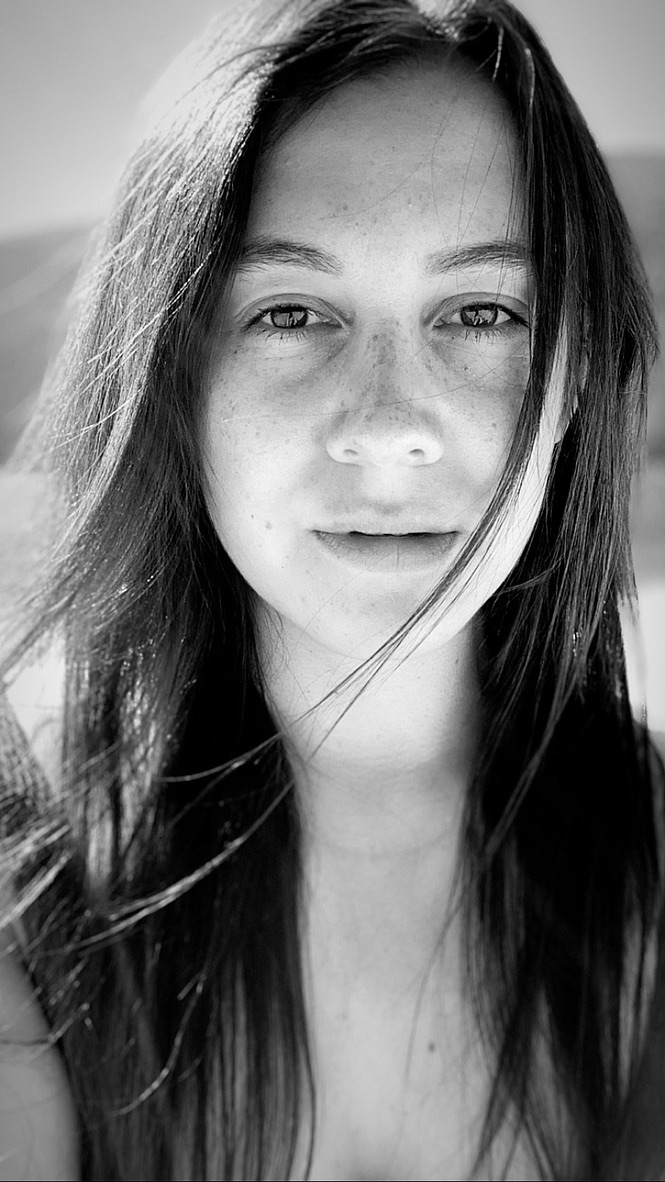 Recognizing the need for Indigenous voices and stories to be heard, the National Screen Institute offers customized training and support for emerging Indigenous storytellers through the IndigiDocs program. Jennifer Ille (writer, producer) and Sharon Heigl (director) met and collaborated through the IndigiDocs program, and together created As the Smoke Rises – a story about the energy and healing power of smudging, as told through the voice and experience of Elder Viviane Rose Sandy.

The Making of As the Smoke Rises

Jennifer Ille and Sharon Heigl had both grown up away from their Indigenous culture, and were on journeys to reconnect with their Indigenous roots. It was through this journey they found their way to the IndigiDocs program, and how Jennifer came to learn about smudging.

“I was motivated by the process of reconnecting with my Indigenous culture,” she says. “As I was learning about my heritage, one of the things I came across was how important smudging was to Indigenous traditions. As I was writing, I had the idea to have an elder talk about it.”

Filmed over four days in June, 2018 on Nlaka’Pamux Nation, As the Smoke Rises follows elder Vivane Rose Sandy, whose traditional name is Woman Surrounded by Chiefs.

As Viviane talked about her struggles, and how tradition helped her overcome her past, Ille’s idea of creating a film that explores smudging evolved. With the support of the NSI, they developed a personal and powerful story.

“Both Sharon and I were blown away by Viviane and her strengths. She’s such an amazing person with great patience, so willing to teach and to learn. Because of her, we were able to film the documentary in a very subtle way,” Ille explains.

The healing power of smudging

“Mother Earth has an aura, has a light, and all living things including ourselves. We are all energy. Everything flows. And when you have negative thoughts and you send those out, you create holes in your energy, in your aura, in yourself. When you smudge, you cover those holes.” – Viviane Rose Sandy, As the Smoke Rises

Viviane was born in 1949, a time when children were sent to Residential Schools. There, she suffered mental, emotional, physical and spiritual abuse. Because her culture had all been erased for her, she didn’t even know how to pray. Shutting down, she turned to alcohol and drugs to survive. She got kicked out of Residential School at age 14/15 and by age 20 she was contemplating suicide.

Upon the urging of a friend, Viviane met with a medicine man. She returned to the sweat lodge for the first time since she was five years old, and she learned how to smudge. The medicines that exist within Mother Nature, and the ceremonies of her culture, helped Viviane cope with her past, reconnect with herself, and gain strength.

“When we put the smudge in the bowl and as the smoke rises, it’s connected with all the energies. Up it goes, and it doesn’t end. If you’re true in what you’re doing, when you send that out, those problems or issues go with it. They go with the smoke.” – Viviane Rose Sandy, As the Smoke Rises

The importance of storytelling

Stories like Viviane’s – stories told by powerful, passionate women like Ille and Heigl – provide awareness and clarity for Indigenous people, especially Indigenous youth. Heigl’s hope is that youth watch and connect with the film. “There is such a resurgence among the Indigenous communities with youth connecting with elders,” she says.

In the film, Viviane also recognizes that young people are suffering with their identities and sense of purpose. “If we step forth and are wiling to share these sacred ceremonies, we’ll have a chance to get a grasp on our addictions and traumas. Young people want to learn, want us to share the old ways.”

And stories that raise awareness about the Residential School system can help generations of Indigenous people come to terms with their past, find ways to heal, and to move forward in a positive direction. These stories can also help all Canadians learn about Indigenous history, honour the survivors of the Residential School system, remember those we lost, and reconcile together.

Celebrating As the Smoke Rises

As the Smoke Rises has been selected to the first Cannes International Independent Film Festival (CIIFF), as well as in festivals in the U.K. and Canada. “It’s really incredible to see the feedback, and to see where the film is being picked up,” says Ille.

When asked about why so many people are connecting with it, she speaks to how relatable the film is.

“Everyone has moments or phases in life where they have struggles. I believe the power is in us to overcome these struggles. In Vivane’s story, it was very heartbreaking, the places she was in her life. But reconciling and finding yourself again is something everyone can relate to,” says Jennifer.

As The Smoke Rises continues to make its tour on the festival circuit. You can watch the trailer here.

RBC strongly feels that Indigenous voices and stories need to be heard, and is committed to profiling storytellers who have created stories related to the Residential School system and the reconciliation journey. Our annual partnership report – A Chosen Journey – celebrates Indigenous successes and affirms our commitment to the Indigenous community.

NSI does a wonderful job supporting Indigenous storytellers, which is why we are in our 6th year of supporting NSI IndigiDocs.