The BRIT School: Nurturing Powerful Creativity Through Diversity and Inclusion

The RBC Emerging Artist Programme has partnered with The BRIT School. Learn how the school hopes to help nurture creativity through diversity and inclusion.

This article was originally published on RBC Wealth Management.

I walk in and I’m greeted with multiple glares

They make it very clear I’m not wanted here …

Do you know how hard it is to see that my colour isn’t cared about?

These powerful lines are part of a five-and-a-half-minute poetry piece written and performed by Ovigue Otite and Annabel Gray following the death of George Floyd and the Black Lives Matter protests. The BRIT School, where Otite and Gray are students, is one of the leading performing and creative arts schools in the UK. Atists like Adele, Amy Winehouse, Cush Jumbo and Tom Holland are former alumni. George Martin, producer for The Beatles, is one of its founders.

For nearly thirty years, The BRIT School has successfully nurtured creative skills in students from every type of background alongside a robust and full academic curriculum. And it does so for free. To learn more, visit their website.

But what makes the school truly unique is not its cachet of A-list talent, but rather its focus on diversity and inclusion, not only in theory but in practice. Whether it’s the composition of the school’s student body, the curriculum, free tuition, or even the location, the school is an example to others on how to be proactively diverse and inclusive.

Otite, 17, applied to the programme with aspirations of becoming an actress, but the school has opened the door and inspired her in more ways than she expected. She’s now also interested in directing, and her Black Lives Matter piece with Gray demonstrates a gift for poetry writing as well.

“I don’t know who I would be if I didn’t go to The BRIT School. It’s really allowed me to open up my personality and experiment, just be free and be okay with myself,” says Otite, adding that it’s the people at the school who inspire her the most.

“I really want to make an impact on the industry. I really want to put myself in there and really create pieces of theater that are powerful and meaningful. I want people to see my work and actually feel it in their chest.”

Allowed to be yourself

Located in the ethnically diverse area of Selhurst, in the London borough of Croydon, the school is accessible to students who live in one of the most income-deprived neighbourhoods in Greater London. 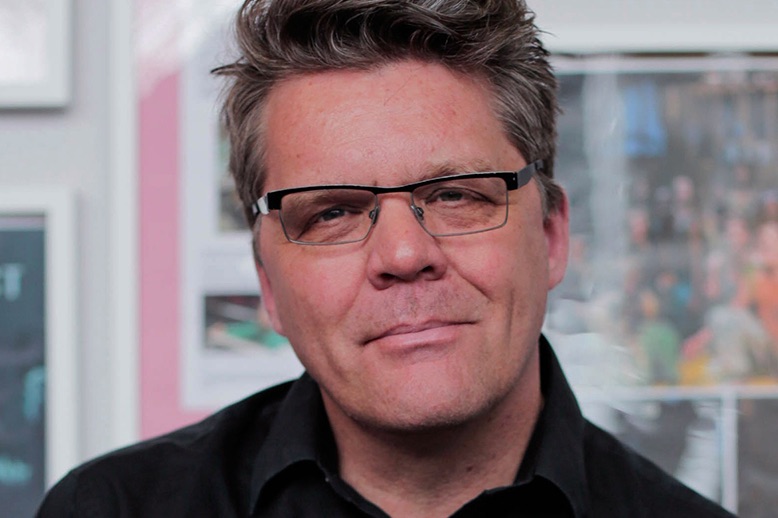 “It was set up there deliberately for that purpose—that it would have an impact on the local community,” says Stuart Worden, principal at The BRIT School and a theatre director and playwright by profession.

The school offers extensive opportunities throughout the year for children in the community to experience the arts in its different forms. And while some students do travel over 100 miles a day to attend, it also means students accepted from within the local area do not have to grapple with additional hardships like long commutes.

“Because we’re primarily state-funded, we have a responsibility to all demographics, and particularly for those that don’t have that opportunity,” says Worden, who first taught at the school in 1994.

Just under 40 percent of the student population comes from a diverse range of ethnic backgrounds. About 20 percent of the students come from low-income families, and some have extremely challenging lives outside of school. There are bursary programmes to help students who otherwise can not afford to take the next step after they graduate. The BRIT School was also the first school in the country to march in a pride parade and work with Stonewall to foster a community for LGBT+ students.

For Otite, known as Vigs among friends and staff, the classes also demonstrate the school’s commitment to these issues. She points to the wide variety of plays studied, allowing students to tackle subjects like reparations, and having assemblies on a number of important issues. The curriculum and dynamic between staff and students also gives them space to explore their own ideas.

“The fact that [The] BRIT School and the theatre department, have been letting us really showcase important topics like that is amazing … We really get to learn a lot and really get educated,” says Otite, who considers herself quite political. Her previous school had none of these things, she adds.

“In terms of inclusion, BRIT really does allow you to be free and allows you to be yourself. You don’t get that in every school … We didn’t even have a Black History Month at my old school. Being ourselves wasn’t a thing.”

From strange experiment to international success

Launched nearly 30 years ago, The BRIT School aims to nurture the creativity of its students “from every type of background alongside a robust and full academic curriculum.” Nearly 100 percent of its graduating students find work within the creative industries or continue on to further schooling.

And it’s all free.

It’s the only one of its kind in the country and to keep it that way, one of Worden’s most monumental responsibilities as a principal is to raise close to £2 million each year—on top of what the school receives from the government.

“So my job is to run that place. To try and allow it to be a great playground for adventure and creativity, to be the place in the country for young emerging artists of all backgrounds … It’s an extraordinary place to work.”

Without the help of sponsors, patrons and partners like Royal Bank of Canada, the school would not be able to continue, he adds. The school is getting £100,000 from RBC Wealth Management, in addition to mentorship and employee engagement opportunities, as part of the Canadian bank’s Emerging Artist Project in Europe.

This kind of support is “so meaningful because it means we can breathe,” says Worden.

Patrons of the school also contribute high-end technical equipment for the students, help sponsor film projects, provide private singing lessons for those who cannot afford them and other opportunities—on top of the regular curriculum.

“It means more diverse voices will be able to have access … and that’s what I think makes great art,” says Worden.

The 1990 Knebworth concert—dubbed “the best British rock concert of all time” and featuring the biggest names in the UK music industry such as Pink Floyd, Paul McCartney, and Elton John—was a fundraiser for The BRIT School and Nordoff-Robbins Music Therapy. At the time, it raised enough money to launch the school.

In the decades since the British record industry has given the school more than £10 million, says Worden. “I’ve seen this unknown, quite strange, anarchic experiment turn into a quite quirky, internationally well known, very successful experiment,” he explains.

An alumni network of inspiration

For many students at the school, seeing the success of alumni who look like them or come from a similar background can be inspiring. Actress Cush Jumbo, best known for her role as attorney Lucca Quinn in the American dramas The Good Wife and The Good Fight, has spoken about how the school changed her life. Jumbo was one of 40 students—out of 3,000 applicants—who got a spot at the school when she was 14, according to an interview with The Guardian. She was part of a cohort that included Leona Lewis, Katie Melua and Adele.

But it’s not just the inspiration from its famous alumni that helps these students succeed. It’s also the friendships they make at the school.

For current student Otite, it’s her very close friendship with Gray that allowed them to communicate openly about issues like racism and tackle the subject in a creative way, despite their vastly different life experiences. That friendship, trust and understanding are ingredients that helped make a piece like “Beauty” possible.

“We’re so close it was okay for us to actually talk about it and understand each other’s life situation … We just felt like it was needed for both of us to write it up and perform it. It was magical,” says Otite.

It’s time we raised our voices and stood by our friends.

The discrimination is blatant—this world needs a cleanse.

The racism in this country is completely indisputable.

I turned to ask my friend, ‘do you know that you are beautiful?’

Black Atlantic Experience: Shaquille Smith on Preparing Youth for a Future After Basketball

Corin Sworn’s fascination with the flexibility of perception